On July 17, a 12-member jury found 20-year-old DeLee guilty of manslaughter in the first degree as a hate crime and criminal possession of a weapon. DeLee's conviction for committing a hate crime is the first involving the death of a transgender person in New York State. It is only the second such conviction in United States history. In addition to the sentence for manslaughter, DeLee was sentenced to a concurrent term of 3 1/2 to 7 years in prison on the weapon possession conviction. 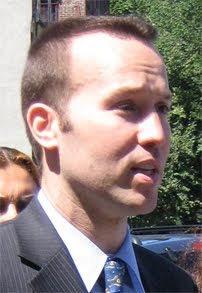 "Today, a measure of justice has been delivered for Lateisha Green and her family with the imposition of the maximum sentence for this crime," said TLDEF Executive Director and attorney Michael Silverman. "While nothing can make up for the loss Lateisha's family has suffered, this sentence helps to bring some closure to Lateisha's family. The sentence sends a clear message that violence targeted at transgender people will be heavily penalized."

Silverman has been working with the family since Lateisha's death in November. He was on the ground in Syracuse throughout the trial working closely with Lateisha's family. TLDEF collaborated with its sister organizations, including the Gay & Lesbian Alliance Against Defamation (GLAAD), the Empire State Pride Agenda and the Rainbow Alliance of Central New York.

"Transgender Americans continue to face a serious risk of violence and discrimination. African American transgender women are at particularly high risk," added Silverman. "Neither New York State law nor federal law includes gender identity or expression as hate crime categories and that sends a dangerous message that it is acceptable to leave part of our community vulnerable to hateful acts of violence simply because of who they are. We call upon our state and federal lawmakers to ensure adoption of transgender-inclusive legislation that will protect everyone regardless of their gender identity and gender expression." 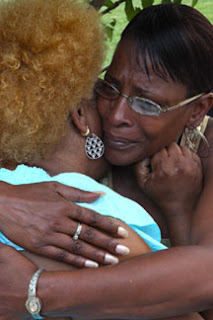 Today’s sentencing sends a clear message that violence motivated by anti-transgender bias is unacceptable and wrong. It affects everyone in a community and it has left many hurt and distraught. We can only hope that Teish’s story will prevent any more loss of life simply because someone is different.

It has been a little over nine months since Teish was taken away from us. On November 14, 2008, Dwight DeLee aimed a rifle and shot Teish. All it took was one bullet to pierce her heart. That one bullet ended Teish’s life and all of the possibilities that could have been a part of her future.

That one bullet took away our brave and beloved family member and friend. But it also pierced our hearts and left us all feeling fearful, sad and angry. All of our hopes and dreams that we had for Teish were taken away from us simply because Teish was transgender. One bullet shattered all of our lives.

Every possibility for Teish slipped away when Dwight DeLee shot and killed her. But today’s sentencing by the judge has left us to believe that new possibilities have replaced old ones. A possibility to begin a conversation for reconciliation and understanding in Syracuse. A possibility to pass state and federal laws that would protect everyone from this kind of violence. A possibility to share Teish’s story so that nobody will ever have to know the feeling of losing a child because of that child's gender identity.

We want to thank everyone who supported our family during this difficult process and helped us to share Teish’s story. No legal proceeding can provide full closure for us. But we know that closure will come into our hearts as we continue to share this story with the world. We can only hope that more conversations about Teish and her life will prevent another bullet from taking another life. Though Teish left us 9 months ago, she has given us all the possibility to work towards a better tomorrow.

Thank you.
Posted by Monica Roberts at 2:14 PM