You are a Social Justice Crusader, also known as a rights activist. You believe in equality, fairness, and preventing neo-Confederate conservative troglodytes from rolling back fifty years of civil rights gains.

I am a proudly unapologetic liberal progressive person. I despise conservatism, ignorance, fundamentalist Christians and propaganda networks such as Faux News and right-wing talk radio.

I believe in justice, civil rights coverage for all, government staying out of my bedroom and bathroom and a level playing field for all.

I also believe in freedom to pursue your dreams to the best of your abilities and God-given talents. 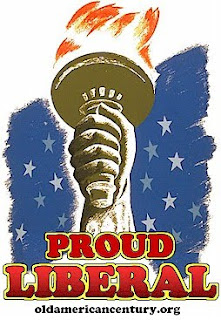 I am also aware that we have problems in this country that require government intervention to solve. The private sector is NOT the only answer to them, nor should they be left alone. They have proven over three GOP administrations to be irresponsible and too greedy to be concerned about the welfare of their fellow citizens, and need regulation.

We must do more to employ our people with good jobs at livable wages. I define livable wage as being paid enough to not only keep the basics of food, clothing and shelter ensconsed around you, but be able to save for a rainy day as well.

Every citizen deserves a quality education and affordable, universal health care. Our greed is good system that only benefits the insurance companies needs to be overhauled and regulated.

So yeah, that's a snap shot of what I believe as a proud Houstonian, Texan, and African-American. We can respectfully debate those beliefs at any time.

But don't come at me with Rush Limbaugh or GOP talking points. I'll blow those out of the water.
Posted by Monica Roberts at 11:01 AM