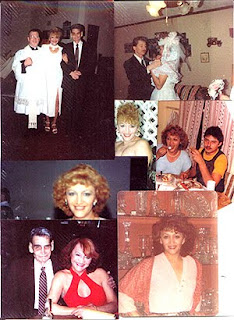 Kat Rose reminded me of another anniversary taking place this month that jolted the Texas transgender community when it went down ten years ago.

It's the sad anniversary of the 1999 Littleton v. Prange case.

San Antonio native Christie Lee Cavazos transitioned back in the 1970's as part of a university sponsored gender program. She'd gotten her corrective SRS surgery and moved on to quietly live her life in stealth as transpeople were advised to do back in the day.

She was briefly living in Kentucky when she met Jonathan Mark Littleton. She fell in love, told him about her past, he didn't care, they got married, moved to Texas and she concentrated on building her thriving hair salon. 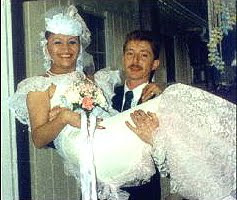 They had been happily married for seven years when Mark died as a result of alleged medical malpractice by Dr. Mark Prange. Christie Lee sued as the surviving spouse and the case shall we say was badly mishandled.

During the depositions it surfaced that Christie Lee had been identified as "male" on her original birth certificate. The defendant's attorneys sought summary judgment on the theory that Christie was a "male" at the time of her marriage and is still a "male" -- "same-sex" marriages being illegal, then Christie Lee's marriage was invalid and thus she did not have any legal standing to file suit.

In other words, they used DOMA to invalidate her marriage, even though DOMA was not in effect at the time she and Mark tied the knot.

In addition, Justice Phil Hardberger tried to use chromosomes as the defining factor WITHOUT knowing what Christie Lee's chromosome patterns were.

It also screwed Christie Lee out of a share of the $2 million settlement that the rest of the Littleton family got, and she's the one who filed the suit in the first place.

Texas justice at its finest.

It addition to stripping Christie Lee of her legal gender ID as female in the 4th Circuit it set up a convoluted mishmash of gender confusion. I'll have to ask Kat if the 2003 constitutional ban on same gender marriage changed anything.

In the wake of that ruling, in my birth county and elsewhere in the Lone Star State I'm legally female. The minute I cross over into Bexar County or the 32 others covered by the Texas 4th Circuit I'm back to being 'male'. I can get married to a male in the rest of the state, and to a woman in the 32 4th Circuit counties.

Oh yeah, forgot to mention that in the rush to screw Christie Lee, they made same gender marriages legal in the 32 Texas counties affected by the Texas 4th Circuit.

After her attorneys who screwed the legal pooch dropped her, she ended up being represented by transgender attorneys Phyllis Frye and Alyson Meiselman. They tried to get the case reversed in 2000, but the all-Republican at the time Texas Supreme in April 2000 denied the hearing. The US Supreme Court in October 2000 denied it as well.

Christie Lee did rebound from this. She ended up getting remarried and became an activist in the state for transgender issues.
Posted by Monica Roberts at 11:01 PM