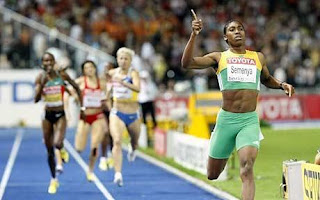 August 19 marked the 75th birthday of Dr. Renee Richards, the transsexual tennis player of the 70's who fought the USTA for the right to play professional tennis on the women's tour during my teen years.

Dr. Richards comes to mind because I've been monitoring the situation with South African runner Caster Semenya, who ran the fifth fastest 800m time in history to capture the gold at the IAAF World Track and Field Championships being held in Berlin. 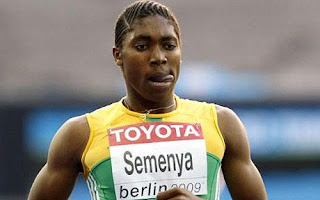 But because she doesn't look stereotypically female, the IAAF is insisting she take a gender test. I wonder what would have happened if she'd been European with blonde hair and ran that same time?

Now that I've gotten that mild rant off my C cup chest, it's time to segue into this week's Shut Up Fool! Awards.

What individual or group let their inner fools out and earned this week's award?

As always, there were many worthy candidates. It would be too easy to give Rush Limbaugh this award, seeing he says something stupid every week. Germaine Greer was in the running for her obligatory trans bashing while commenting on the Semenya story in the Guardian. Glenn Beck, Tom DeLay and Michele Bachmann (R-MN) were some of the finalists for this week as well.

But this week's Shut Up Fool! Award goes to People For The Ethical Treatment Of Animals or PETA.

While their cause is a good one, I have been turned off by their unrepentant racist, sexist and boorish behavior in their advocacy. Whether it's posting fat shaming billboards, throwing paint on people's fur coats, wearing Klan garb outside the Westminster Dog Show, or making asses of themselves hounding Michael Vick, PETA never fails to piss somebody off.

I'm made it a point that every time they engage in racist, sexist...you get the drift behavior, I stop at my nearest KFC (one of their protest targets) and drop them some cash.

PETA, shut up fools!
Posted by Monica Roberts at 11:01 AM