Sade's Working On A New Album! 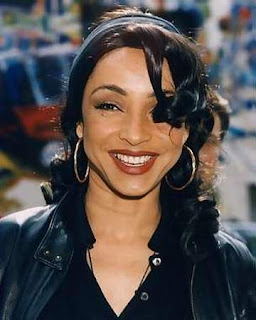 I've loved me some Sade ever since her slammin' debut album 'Diamond Life' hit the airwaves in 1985.

I own every one of her albums, but unfortunately new Sade material is about as rare as NBA playoff appearances for the LA Clippers.

Even though I and 'errbody' else who loves Sade have to wait almost a decade before she records another album, it still doesn't dampen my enthusiastic love for her music.

Judging by her record sales I'm probably not the only person in the States who feels that way.

Now comes word confirmed by Billboard.com sources that Sade has been in the studio since June working on her first album of new songs in nine years. Her record company Sony is hoping for a late fall 2009-early 2010 release date on the new as yet untitled album.

People, I know what one of the presents high on my 2009 Christmas list is going to be besides some new shoes. But whenever the new Sade jam comes out, I'll be at my local music store picking it up if it doesn't arrive in my Christmas stocking.
Posted by Monica Roberts at 4:00 AM