Is Texas In Play?

I've been saying for years that national liberal-progressives need to quit writing off Texas and aggressively speed up the process of turning it blue.

As a native I know that the current perception that Texas is a intractable red state.

Yes, a Democrat hasn't won a statewide race since 1994. The Repugnicans have had control of both houses of The Lege since 2003 and have a commanding share of the state's current 30 congressional districts. Sen. John McCain, thanks to the margin he built up in rural areas of Texas won the state by 11 points in the 2008 presidential election. 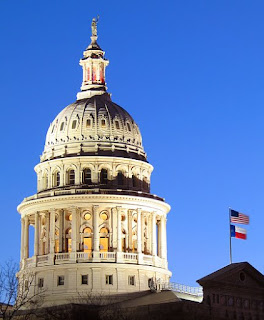 But that congressional district advantage is the result of the 2003 Delaymandering, and the Texas House only switched to Republican control in 2003. It also bears noting that a Delaymandered House chamber designed to produce a 120-30 Republican advantage is only 76-74 GOP.

Dallas County kicked every Republican officeholder at the judicial and county level out of power in 2006. Hays County south of Austin did the same in 2008 and Harris County (Houston) has started the process of taking control of the judiciary back from the GOP.

In addition population trends bode well for the Texas Democratic Party in that Texas is about to become a majority-minority state.

Texas also has a history of progressive politics. Sen. Ralph Yarborough, who held the office from 1957 to 1971 was the only Democratic senator from a formerly Confederate state to vote for every civil rights bill he had an opportunity to vote for.

I was happy to see the news that for the first time in several years according to a recent Gallup poll, more people in my birth state openly identify themselves as Democrats as opposed to Republicans.

The conditions are right after 15 years of disastrous Republican rule of the Lone Star State to turn it into a swing state. The Texas Democratic Party is working hard to do just that, but the national party needs to pump some cash into the state to make that happen instead of using Texas as a political ATM. It also needs to keep Texas Dems and volunteers at home to help on local campaigns instead of busing Dems to help with races elsewhere. 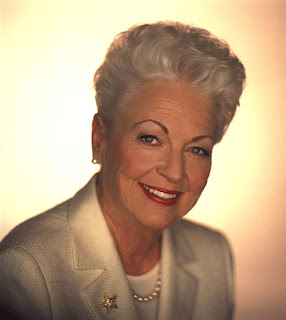 The fact that Texas' electoral vote value will probably increase after next year's census only heightens the urgency to the goal of turning Texas back to blue.

In addition, we need to do it to honor the work and memories of Texas liberal progressive icons such as Billie Carr, Sen. Ralph Yarborough, Rep. Barbara Jordan, Gov. Ann Richards and countless others who believe that Texas government should serve all the people, not just Texas corporations and fat cats.

If the national Democratic Party wakes up and smells the coffee, they won't have to wait until 2016 or 2020 to put Texas in play, they can make it happen in 2012.
Posted by Monica Roberts at 9:00 PM