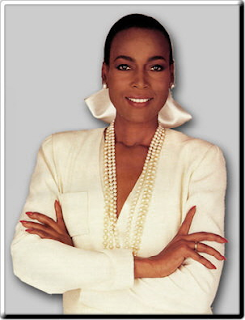 I was saddened to hear the news that pioneering African-American supermodel Naomi Sims passed away in Newark, NJ at age 61 after a battle with breast cancer.

Mississippi born Naomi broke into the modeling business in the 1960's and paved the way for other supermodels to follow in her footsteps such as Beverly Johnson, Pat Cleveland and countless others.

In November 1968 she became the first Black model to grace the cover of Ladies Home Journal. She was also among the first to be represented by the Wilhelmina agency and went on to model for designers such as Halston during her career. 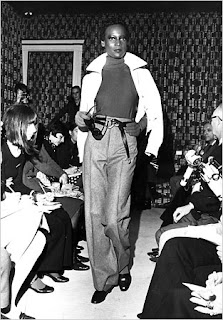 In addition, two photographs of her are featured in the The Model As Muse exhibit currently on display at New York's Metropolitan Museum of Art.

Her photos also graced the covers of Life and ESSENCE magazines as she became an icon of the 'Black Is Beautiful' movement.

Naomi was also a successful and savvy businesswoman. After leaving the modeling business in 1973, she published five beauty books and in 1976 launched a multi-million dollar wig line aimed at African-American women bearing her name. A decade later she launched a successful cosmetics line.

She opened doors for future models of color, and her family, the fashion industry and others will definitely miss her.
Posted by Monica Roberts at 10:45 PM