50th Anniversary Of The Founding Of The American Football League 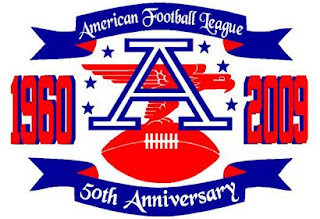 Fifty years ago today an event occurred which changed the face of professional football forever in the United States.

On August 14, 1959 Lamar Hunt, after several futile attempts to purchase the Chicago Cardinals (now the Arizona Cardinals) or get an NFL expansion franchise for Dallas, held an organizational meeting in Chicago that led to the founding of the American Football League. It was on this date that they chose the official name of the league.

The original AFL franchises granted were the Dallas Texans, the Denver Broncos, the Houston Oilers, the New York Titans, the Los Angeles Chargers and a team for Minneapolis-St Paul. 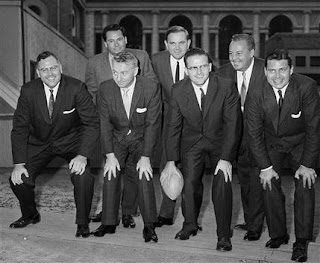 The 'Foolish Club', as the initial AFL principal owners were derisively called was now complete.

The then 12 team NFL, now realizing its mistake in stubbornly refusing to grant the AFL founders franchises, reversed themselves on expansion and extended an offer for the Minneapolis-St. Paul group to join the NFL. The ownership group promptly withdrew from the AFL and started play in 1961 as the Minnesota Vikings.

The Minneapolis-St Paul group was replaced in the AFL by the Oakland Raiders. The Buffalo Bills and the Boston (New England) Patriots joined later to round out the initial eight team AFL line up.

The AFL eventually added expansion teams in Miami and Cincinnati, while the NFL countered by adding teams in Dallas, New Orleans and Atlanta and allowing the transfer of the Chicago Cardinals to St. Louis. 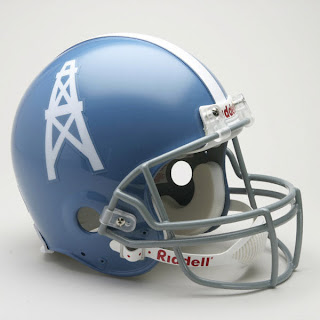 The AFL started play in 1960 with my beloved Oilers, thanks to signing 1959 Heisman Trophy winner Billy Cannon and George Blanda, playing in the first three AFL title games and winning the first two. The Oilers bid to threepeat in 1962 was spoiled by the Dallas Texans in a championship game that spanned two overtime periods.

The AFL spawned many innovations that modern football is based on. They adopted the two point conversion, had more colorful uniforms and creative team logos, began keeping the official game time on the stadium clock, put names on the back of player jerseys, a 14 game schedule and the first professional soccer style kicker.

The AFL invested heavily in recruiting and signing African-American players from HBCUs and had scouts tasked to find the best players.

The AFL also pioneered the practice of sharing gate receipts and a cooperative television plan. The AFL league office negotiated the initial five year ABC-TV contract, and divided the proceeds equally between the league and AFL member clubs.

Instead of two TV cameras parked on the 50 yard line as was the practice for CBS broadcasts of NFL games, the AFL television broadcasts employed multiple television cameras covering the game, a roving sideline camera and miked players,

While none of the AFL teams folded, there was franchise movement and ownership changes in the early years of the league.

The Los Angeles Chargers moved to San Diego after the 1960 season. The Dallas Texans, fighting the Dallas Cowboys for fans departed for Kansas City in 1963 despite being more successful on the field than their NFL expansion rivals.

The Oakland Raiders lost $500,000 the first season battling the San Francisco 49ers for fans but stayed afloat thanks to a personal loan from Bills owner Ralph Wilson. After a new ownership group bought the New York Titans, they changed the team colors and the name to the Jets.

After a while NFL fans, GM's, players, media and their supporters were forced to stop sneering at the upstart league and realize that it was eating their lunch. 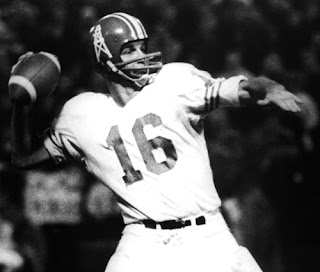 AFL attendance increased as fans became attracted to the league's wide open, pass happy offensive style of play. It was a marked contrast to the three yards and a cloud of dust conservative NFL style of play.

The AFL from its earliest days made a serious dent in signing collegiate talent and free agents as witnessed by the AFL New York Jets winning the bidding war for Joe Namath. Earlier college signees such as John Hadl, Billy Cannon and Lance Alworth amongst others became stars in the league. So-called 'NFL rejects' such as Jack Kemp, George Blanda, Cookie Gilchrist, Babe Parilli, Frank Tripucka and Len Dawson became AFL stars as well.

When the AFL signed a new $36 million TV contract with NBC in 1964 it acquired the cash to seriously go toe to toe with the NFL and did. Combined with the earlier ABC contract, the proceeds from those contracts stabilized the league and gave it time to establish itself as a worthy rival and alternative to the NFL. 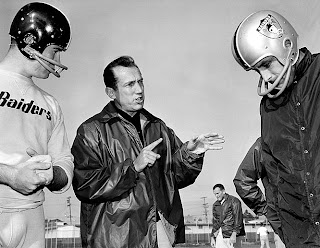 Al Davis becoming AFL commissioner in 1966 and aggressively going after established NFL stars, combined with escalating player salaries led to secret talks between Lamar Hunt and Tex Schramm initiated by the NFL to merge the two leagues. The AFL-NFL Championship Game, which later became the Super Bowl was a result of those talks.

The AFL even had their own civil rights controversy as well. 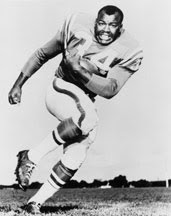 In January 1965 the AFL All-Star Game was slated to be played in New Orleans. On the eve of the game, several African-American players visited the French Quarter. They were refused admittance to two clubs, several restaurants and had problems getting taxis.

The incensed players attended a five hour meeting organized by AFL icon Cookie Gilchrist. It resulted in 21 African-American players leaving town and an ultimatum backed up by future vice presidential candidate and Gilchrist's Buffalo Bills teammate Jack Kemp. They demanded that the game either be moved from New Orleans or face a player boycott. The AFL All-Star Game ended up being moved and subsequently played in Houston.

Any post about the AFL wouldn't be complete without mentioning the 'Heidi Game'.

It was a November 17, 1968 game played in Oakland between the New York Jets and the Oakland Raiders. Both teams were leading their respective divisions at the time with identical 7-2 records and the game was a slugfest. 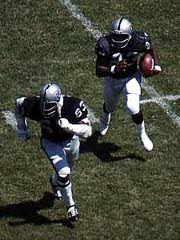 The Jets were up 32-29 with only 1:05 left in the game, so NBC programmers, in their zeal to maintain their television programming schedule, switched off the ostensibly-decided game at 7 PM in the Eastern and Central time zones in order to start the movie Heidi on time.

Unfortunately for NBC they did so as the Raiders were executing the game winning drive. The Raiders eventually scored 14 points in that final 1:05 to win 43-32.

Fans who missed the comeback were so irate the switchboard ceased to function after blowing out 25 circuits. NBC was forced to apologize for the blunder several days later.

As a result of the 'Heidi Game' NFL television contracts include a stipulation stating local games must be aired to their completion regardless of the score. The 'Heidi Phone', a direct line from game producers to network execs also exists to ensure it doesn't happen again.

The decade of AFL competition came to an end in 1970 with the merger of the two leagues into a 26 team NFL. The two leagues were split into 13 team conferences, the American and National with three divisions.

Three NFL teams, the Pittsburgh Steelers, the Cleveland Browns and the Baltimore Colts joined the ten teams of the AFL to form the AFC Conference, with the remaining NFL teams forming the NFC Conference. 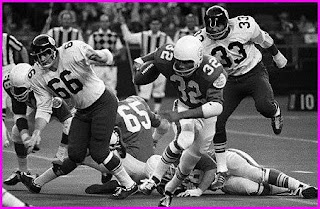 The legacy of the AFL is still strong in the NFL today. Many current or legendary NFL coaches have ties to Charger coach Sid Gillman. The long down field bomb that is a weapon in NFL offensive arsenals today was a play popularized by AFL teams.

The 50th anniversary of the AFL will be recognized with Legacy Weekends in which NFL games matching up former AFL teams will be contested with the players wearing throwback uniforms. 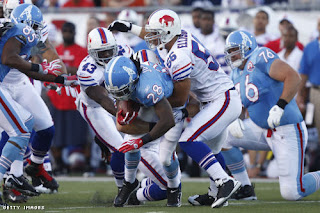 And no, I'm never going to let it go. forgive, or forget that Bud moved my team to Nashville.

At least I'll have the pleasure of watching several Traitors games this season in which they'll have to wear the old Oilers uniforms.

But it's a testament to the success of the AFL that not only did all of its teams get absorbed into the NFL, the bigger league adopted, with the exception of the two point conversion that it resisted until 1995, many of the innovations spawned by the younger one.
Posted by Monica Roberts at 11:01 PM