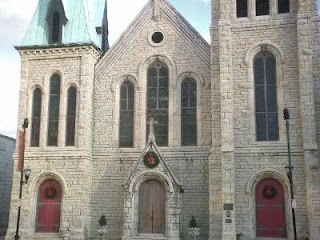 Saturday Dawn, Polar and I spent a few hours at Christ Church Cathedral in downtown Louisville attending the funeral of Robert Botts, one of our fellow CFAIR board members who died unexpectedly.

On the ride from the house to downtown I contemplated the fact that less than two weeks ago I was laughing and joking with him at a fundraiser being held at the Hyatt Regency hotel's revolving restaurant and talking to him at our last board meeting. Polar and Dawn last saw him at work.

Robert was an outgoing, friendly person always eager to help, and it was hard not to miss him. Now he's gone.

I did get an opportunity to say a few words at the service packed full of his friends, family and co-workers.

One of his relatives earlier had tried to make a comparison to his life in terms of space and the universe. I built upon his comments in my remarks and compared Robert's life to a supernova. 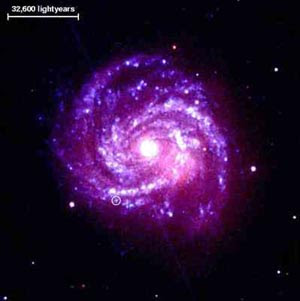 A supernova is a star that bursts with a brilliant flash of light that briefly outshines its entire galaxy before fading over weeks and months of time.

Robert definitely was a star and a stellar human being whose light shined brightly amongst us for years, and now unfortunately will fade away.

After being thanked by family members for my remarks before departing with Polar and Dawn for the day, I pondered the messages I took away from that service.

*Spending time in the service of others is the greatest gift you can give other people.

*Give it your best effort in terms of what you can personally do to live a quality life.

*Do not take your time on this planet for granted. Live every day as if it is going to be your last one.

While some of those messages are part of the values I try to pattern my own life on, every now and then you need a reminder.

So the next time I do some hard, solid thinking, I'll be contemplating what I can do to ensure I'm living my life well and getting the maximum output out of whatever time I have left on this planet.
Posted by Monica Roberts at 12:00 PM