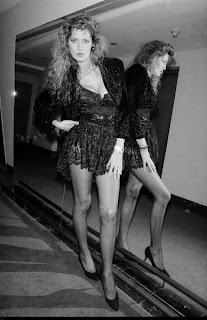 The Caroline I'm referring to in this post is one of our transgender icons. Back in the 70's and 80's she was a Bond Girl, model, author of two books, civil rights activist, a Paris showgirl and even posed for Playboy.

Today Caroline Cossey, AKA Tula is celebrating her 55th birthday.

She grew up in Britain, worked in Paris, Rome and London as a showgirl, had her SRS at 20 and became a sought after high fashion model.

But after achieving her childhood dream of being a Bond girl and appearing in the For Your Eyes Only Bond movie, she was outed by a British tabloid. It derailed her push to become an actress and temporarily sidelined her modeling career. 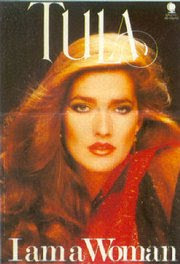 After seven years, in 1989 her case reached the European High Courts in Strasbourg, France, where they ruled in her favor. The conservative British government promptly appealed it,

She got married in the wake of the court ruling to businessman Elias Fattal. Soon after she'd returned from her Caribbean honeymoon, the same tabloid that outed her earlier, News of the World, did so again. 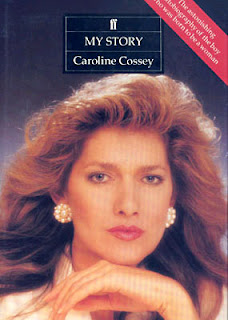 During this ugly period, her marriage to Fattal was annulled, her car was sabotaged, and she received death threats. To top it all off, in 1990 she received an adverse ruling from the European Court that reversed her win from the year before.

Despite all the drama swirling around her, she released her second autobiography, My Story and resumed her modeling career.

It does end happily for her. In 1992 she met and married Canadian David Finch and has since moved to the States.

Happy birthday to Caroline Cossey, another one of our transgender icons. May you have a nice quiet stress free day down in Georgia.

I hope to one day get to meet you in person and tell you how much of an inspiration you were to me growing up.
Posted by Monica Roberts at 12:01 AM