How Close Are We To Building Cylons? 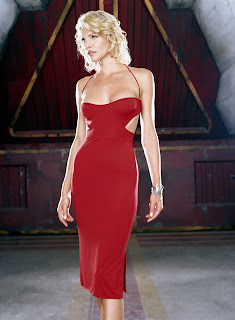 
I am an unabashed sci-fi fan.

I loved Star Trek and even tried to get into Enterprise. I have watched all six Star Wars movies and Blade Runner in the theaters during their first weekend of release. I loved Battlestar Galactica, old and reimagined series.

We have seen that happen numerous times in terms of Jules Verne's classic vision of a moon landing becoming our reality 40 years ago on July 20. Scientists are even reporting that warp drive is theoretically possible as well. 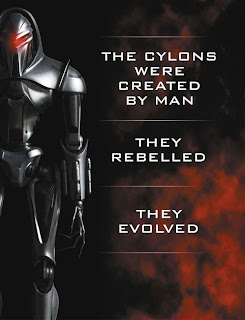 One of the interesting backstories that emerged from the reimagined Battlestar Galactica series is that the Cylons, the cybernetic tormentors of humans in the series, were originally created by humans.

They fought humanity wars, and did humanity's work in the Twelve Colonies before they rebelled and nearly wiped their creators out. Unfortunately Dr. Daniel Greystone, the creator of the Cylons, hadn't heard of Isaac Asimov's Three Laws Of Robotics.

2. A robot must obey any orders given to it by human beings, except where such orders would conflict with the First Law.

3. A robot must protect its own existence as long as such protection does not conflict with the First or Second Law. 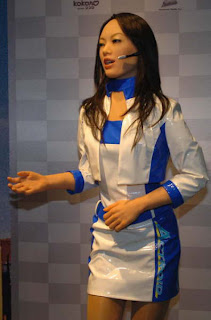 Now I've recently begun to wonder how close are we to actually producing our own Cylons?

If we eventually create Cylon-like robots, they'll probably speak Japanese and have a 'made in Japan' label. While robotic technology development is ongoing in several nations, Japan has really pushed the robot development envelope.

One-fifth of the Japanese population is 65 or older, so the country is investing heavily in research and development efforts designed to produce robots that will replenish the work force and care for the elderly.

Over the last ten years they have been creating advanced humanoid looking robots that can talk, mimic a limited range of human emotions, move effortlessly and interact with humans as well. 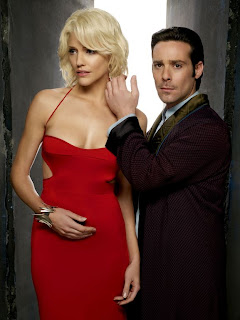 Robots have long been part of Japanese factories and culture. They can serve as receptionists, vacuum office corridors, spoon feed the elderly and plant rice.

It's also interesting to note that thanks to the 2003 completion of the Human Genome Project, discoveries are being made almost every day in terms of what section of the DNA strand controls what aspect of human development.

We are also learning that deficiencies in certain parts of the DNA strand trigger certain diseases and are creating gene based medicines to target those diseases. This knowledge should also aid us in creating robots that more closely resemble us.

I am right there with you: