What Do You Mean 'It's Her Fault'? 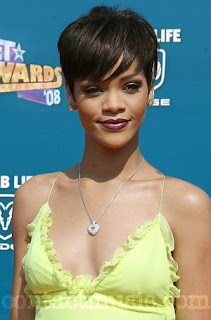 "I don't think Chris would just a hit a girl like that. She had to do something or say something out the way for him to really hurt her," said Nika2hot on MTV.com

I ain't no Ike Turner, but, if I was in a position where it was either me hitting a woman or that woman hurting me, she's a hit chick. I know at least three guys who are now nestled in their graves behind not defending themselves from an attack by a female. And, for the record, I've never faced with that option, so I've never had to hit a female...PEACE. by BigBlackRod on Blackamericaweb.com

Let's not rush to judgment. Everyone's saying " how could he hit a woman?" Who's to say she wasn't hitting him, and he was trying to restrain her, I guess people just assume the worst in other people. by Mcooper6700 on Blackamericaweb.com

nick says: from socialite life celebbuzz.com
ill tack yo she a slut eny way u dont need her good that u beat the pop out of her 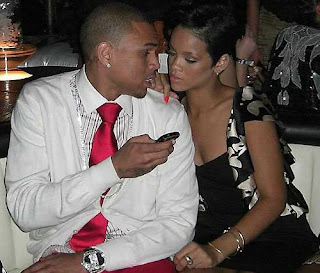 Before I get started on this post, I'm saying for the purposes of journalistic disclosure that I'm a fan of both artists, Rihanna and Chris Brown.

But what's pissing me off at the moment is not only the asinine comments that I posted that are just a small sample of the flood of comments across the Web that this unfortunate incident is generating, but this developing meme that 'it's Rihanna's fault' that she got hit, 'she's a slut' or 'she provoked him'.

Excuse me? The sad part is that some women are regurgitating this bullshit as well.

Bottom line is that I don't care how mad you get, it ain't cool to hit a woman period. That's something that men are taught from boyhood and I speak from experience when I say this. I was in a situation on the other side of the gender fence when my ex-girlfriend picked up a glass Coke bottle during an argument, swung it at me and fortunately missed.

As volcanically pissed off as I was at the time, I still managed without hitting her to disarm and restrain her until she calmed down.

For these folks flapping their gums about 'it's her fault' or the other foul comments I won't waste bandwidth repeating, I have to ask this question for the peeps who feel that way.

What if it was your daughter, sister, aunt, mother, grandmother or any female relative that was in Rihanna's pumps? Would you feel the same way? I'd be willing to bet if Rihanna was your relative, you'd be ready to kick any man's behind that put his hands on her or wouldn't appreciate the fact that her reputation and character are being trashed to defend him.

The story of what happened early Sunday morning is still unfolding and the truth is somewhere in the middle between his story and hers. But some peeps really need to check themselves about the breathtakingly sexist, stupid and insensitive comments being directed at Rihanna.
Posted by Monica Roberts at 11:02 PM

The amount of people standing in line saying that she deserved to get hit is ridiculous. This is right up there with the women supporting R Kelly. Hello..supporting abuse against one woman means you cannot complain if your man comes home and suddenly decides that you deserve to get hit.

People are saying lots of things about that incident, but in the end, nobody knows what really happened except for Chris and Rihanna, themselves. I think I'll withhold judgment until the truth about this incident becomes clear.

If a woman gets violent first, I'm not on-board with the idea that a similarly violent response is unjustified. I mean, sure, if someone, anyone is out of their head, it's best to restrain them until they calm down and hurt them as little as possible... but if I go at a guy with a broken bottle, and get punched in the teeth, I'm not going to turn around and scream "OMFG you hit a girl, you monster!!!"

HOWEVER, there's absolutely no evidence that Rihanna got violent first, so the entire discussion amounts to a red herring. In the end, very few people will remember the final determination... most will simply remember that some people raised the question of whether she hit him first, and that there was a controversy. Chris will get a pass, Rihanna will get the "nuts and sluts" treatment, and TMZ will rake in cash. Patriarchy 1, Humanity 0.

On top of all of the points you've made, it just drives me up a wall how people take the fat that they like someone's artistic expression as proof that the artist is a good person and above reproach. Artists are still people, and some of them are assholes no matter how good their art is.

As far as the "she must have provoked it" meme that we see regularly in regards to domestic violence, I dated another woman who was incredibly physically abusive. I finally told my mother about it a few months after she left me, and my mom, who raised me a feminist and a progressive, said that I probably deserved it. Yeah, these attitudes run deep. I never told her about the men who abused me after that.

erm, that was supposed to be "fact" not "fat"

"Bottom line is that I don't care how mad you get, it ain't cool to hit a woman period."

Karen
In a boxing ring with a referee in the middle of the action :)

Chris Brown comes from a family with extreme issues of domestic violence (his stepdad beat Chris' mom). Now it turns out Chris has also hit his mom. I feel for him, but he has to be responsible for his actions. Period. The cycle of violence must be stopped and cannot be in any way excused. My heart goes out to Rhianna.

I totally agree with you, Monica. No woman should be hit. I've been married 28 years and have never hit my wife. If I am upset about something I go some place and cool off. If some one hit my wife or my daughter, we have a problem.

And to the troll who posted the derogatory comment I deleted, I will not tolerate disrespectful or demeaning comments aimed at individuals.