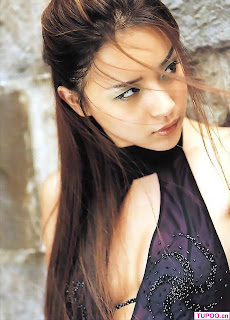 When it comes to Asia and the Pacific islands, there is a wide variance in terms of the populace's acceptance level for transgender people.

One of the countries that has made gigantic leaps in terms of acceptance of transgender people is South Korea. Much of the improved perception of transgender people there has been driven by transwoman Lee Kyung-eun, who is better known to Koreans and the rest of the world by her stage name of Harisu.

Harisu was born in 1975, transitioned in her teens, had SRS, then started garnering international attention in 2001 when she appeared in a wildly successful advertising campaign for Dodo Cosmetics. 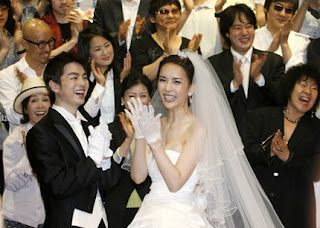 On November 29, 2003 she petitioned a Korean district court in Incheon to change her name and gender on her family registry. The petition was granted and on December 13, 2002 she became only the second person in South Korea to legally change their gender. On May 13, 2007 after dating him for two years she married her boyfriend Micky Jung.

Harisu was cognizant of her role as South Korea's first open transgender celebrity and was adamant about always setting a good example. Her successful transition opened the door for other Korean transwomen to walk in her pumps. 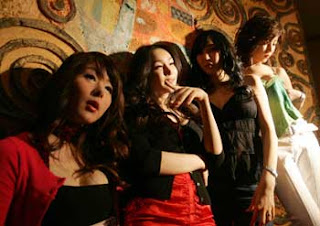 A K-pop group called Lady appeared on the scene which tried to capitalize on Harisu's popularity in Korea. After a nationwide talent search, three transwomen were chosen to form the group and a fourth was added later. However, the band received a lukewarm reception and officially disbanded in 2007.

South Korean transpeople are now eligible to serve in the country's military forces and rewrote its military medical examination procedures in order for them to do so. 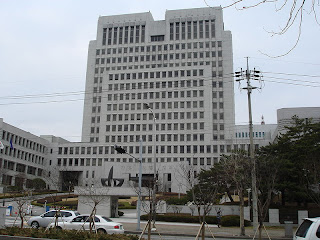 But the biggest milestones for Korean transsexuals have been in their court system. In June 2006 the Korean Supreme Court ruled that transsexuals who have sex change operations should be able to legally change their gender.

Justice Kim commenting on their decision, said that their decision “is the best choice to alleviate the suffering of transsexual people at a time when any tangible legislative measures to protect their rights is most likely a long time coming.”

And to illustrate just how far Korea has come on transgender issues, a Korean court recently sentenced a man to four years in jail plus community service for raping a transwoman. It's a landmark case there because in 1996 the Korean judiciary rejected a similar case involving the rape of a transwoman.

So once again you have an Asian nation running rings around the self proclaimed leading democracy in the world when it comes to granting basic human rights to transgender people. When are we in the States going to catch up to the rest of the world who long ago recognized that we are human beings?
Posted by Monica Roberts at 11:00 PM

I'm very happy they are getting the rights that every one eles takes granted.They deserve them they are people to. The USA needs to do some catching up with human rights they preach so much about.

I think it's great that they have been given the rights every eles has.
They are humanbegins to and deserve them.

As a transwoman who recently spent three months in Seoul, I need to add some disclaimers to this post, even though it's absolutely dead on.

Second, the Human Rights Commission may be a governmental body, but its decisions are nonbinding.

Third, the newest South Korean government which took power in early 2008, that of the Grand National Party (I simply call it the Republican Party, as one of its previous iterations was called Republican, and it takes orders from the US Republicans), is blatantly on the side of the Christian extremists, who learned their ideology from the US Religious Right and turned it even more toxic by adding Confucianism. As long as the Republicans are in charge - and they cannot be voted out until 2012 - no further progress can be expected. The Republicans also encourage the rampant Christian extremism in the Korean-American community, which also happens to be far more Republican than the general South Korean population.

However, it is true that South Korea did make a huge progress on the trans front (and for LGBs too). I did see a lot of hope, and that's a good thing. I even made sure to buy a Hyundai as my newest car - replacing a BMW, the ultimate homo/transphobic driving machine.