Why Y'all Tripping About This, White Trans Women?

Interestingly enough I found out about a new campaign that the San Francisco based Transgender Law Center is working on that is raising the voices of trans people of color.

TLC is planning to have four names of various prominent transpeople in these photos in regular intervals.  They started the series with Laverne Cox, Janet Mock, CeCe McDonald and a certain award winning blogger y'all all know.   Should be non controversial right?

On the TLC Facebook photo thread you already have some white transwomen mindnumbingly complaining the listing of four names of nationally recognized African-American trans women and trans leaders is 'racist'.

Seriously?  Have several seats at your nearest stadium and a nice glass of STHU for saying something that monumentally stupid. 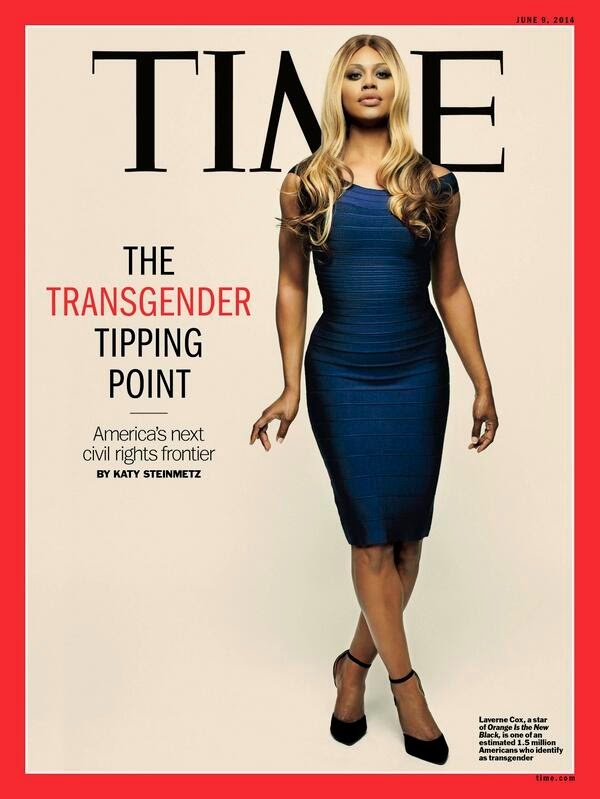 The focus on trans issues has been on white transwomen for over six decades.  Are y'all still so jealous that positive attention is being focused on trans women of color, (and especially Black transwomen) that you're foaming at the mouth hating on this campaign that's just getting started before you let it unfold?

Damn, there y'all go hatin' again.  Are some of you white trans women even capable of sharing the movement spotlight?

If you aren't and arrogantly think the only trans people who should get recognized are white ones, um no.  Y'all need to buy a vowel and get a clue that it's my Latina and Black transsisters taking the brunt of the anti-trans violence as demonstrated by one of my sisters getting stabbed on a DC subway train last week.

You damn skippy it's past time that transfolks who have melanin in their skin get some time to shine in the media spotlight concerning trans issues after 61 years of you basking in it.  I thank TLC for putting my name on your initial photo.


You nattering nabobs of trans negativity didn't even give this campaign time to even see where it was going before you cried 'racism'.

First up, that charge is laughable, because there is no such thing as 'reverse racism'   If you believe there is, you need to check that vanillacentric privilege you marinate in, turn off Fox Noise and whatever AM talk radio station you listen to.

BTW to you peeps who forgot your Sociology 101 and spouted that bovine feces, racism = bigotry/prejudice + systemic power.

Racism is the systematic discrimination, denial of rights and benefits by whites against non-whites in all areas of human activity. (economics, education, labor, law, politics, religion, sex and war)., not an organization like the Transgender Law Center highlighting and honoring the names of Black transfeminine leaders.

If we say the trans community is a diverse one, then that needs to demonstrated not only in our words, but deeds too.  Highlighting the names of African-American trans feminine leaders is a good way to demonstrate that.

Too bad some of you in the community don't think so.
Posted by Monica Roberts at 2:00 AM