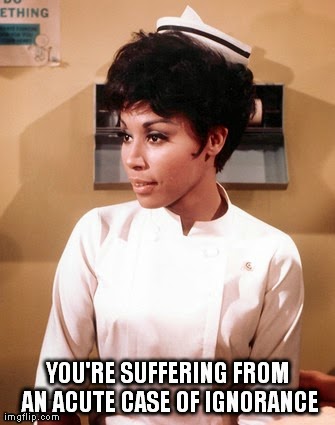 It's Friday and you longtime TransGriot readers know what that means.  It's time for what has become a popular feature on my blog, the TransGriot Shut Up Fool Awards.

Every Friday I shine a bright spotlight on jaw dropping hypocrisy, outright lies and falsehoods, mind numbing stupidity, and stuff that makes you go WTF?

And in this week's edition of the Shut Up Fool Awards we had an epidemic if ignorance and SUF worthy activity break out.

Time to sort it all out and find out what fool, fools or group of fools deserve to get called out for their nekulturny behavior.

Honorable mention number one is Cathie Adams, the one time head of the Texas Republican Party who is now the head of the Texas Eagle Forum.   She advanced her theory for the so-called 'Texas Miracle'.    Texas' rejection of the 'homosexual agenda' is contributing to its growth.

Insert eyeroll here as you watch this video of Cathie flapping her loud and wrong gums.   People are moving to Texas for a lot of reasons,the oil boom and low taxes being the major ones, but probably not the homophobic one that Cathie cited.

Houston, the largest city in the state has elected to three terms as its mayor out lesbian Annise Parker and two gay councilmembers.  Dallas County has an out three term lesbian sheriff in Lupe Valdez and Judge Tonya Parker..   Texas is not as narrow minded as the Teapublicans (and non-Texans) think.

Honorable mention number two I'm going to keep it in the Lone Star State with a group award for Open Carry Texas.  These predominately white conservafool ammosexuals are arrogantly trying to hold an open carry event in Houston's historic African-American Fifth Ward neighborhood even though they have been repeatedly told by the residents they aren't wanted there and warned to stay out.

If these fools do continue, they may find out why Fifth Ward got the nickname The Bloody Fifth' back in the day..

Honorable mention number four is Rep. Lee Terry (R-NE) who voted against a minimum wage hike, but disingenuously parted his lips to complain about the fact he hasn't gotten a raise on his congressional pay since 2009.   he also collected his paycheck during the GOP instigated government shutdown.

Somebody in Nebraska please send his azz to the congressional unemployment line on November 4.

Honorable mention number five is Shepard Smith, who while reporting on the suicide of comic Robin Williams called him a coward.   Yo Shep, when is your behind going to come out of the closet since you went there?  Depression and mental health issues are also nothing to demonize people about.

Honorable mention number seven is Rick Wiles, who parted his lips and unleashed the stupid on his radio show by stating that the Ebola virus could 'solve America's problems with athiesm and homosexiality.'

Naw Rick, it's false prophets like you that are driving people away from Christianity.

This week's Shut Up Fool Award winners are a joint award for the Ferguson, MO PD and the St Louis County PD.  After the execution fatal shooting of an unarmed Michael Brown last week, the Ferguson PD's SUF award winning efforts were to stonewall before mounting public pressure forced them to release the officer's name involved in it.  One FPD officer was caught on tape saying 'Bring it you f-ing animals"  on tape.   A racist comment denigrating the African-American community as 'feral' was attributed to FPD police chief's Thomas Jackson's wife.

Now the FPD is trying to demonize Mike Brown in the wake of releasing officer Darren Brown's name to the world.   Still doesn't change the fact that one of your officers fatally shot an unarmed man