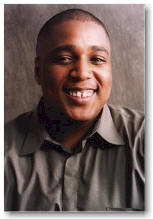 Back in July 2011 I wrote a post asking the question what happened to author Marcus Major?

After writing the short story Kenya and Amir and the bestselling novels Good Peoples, 4 Guys And Trouble, A Man Most Worthy and A Family Affair from 2000-2003, it seemed as though he just vanished from the literary world and hasn't written a new novel since 2003.

Basically myself and ofter fans of Major who grew to love the characters in his Philly-Newark-DC centered writing universe have been wondering ever since what's happened not only to him, but the characters populating his novels?

When Major's last novel A Family Affair was published, we discovered Marisa and Myles were married.  Mike had just gotten married to now Dr. Erika.Truitt.  Carlos and Jackie Roque were the parents of adorable toddler CJ. Kenya and Amir were married and dealing with their now eight year old twins Deja and Jade, and everyone's fave playa player Ibn Barrington is still hilariously single.

Eleven years has elapsed since A Family Affair was published.   For those of us Marcus Major fans musing about Marisa and Myles, not only do we wonder if our fave couple had a boy or girl, did that at this point 11 year old child receive a name starting with 'M'?

If their child is a girl, would Marisa name the baby for her late Cuban mother or if a boy, would he be a Myles Jr or some other male name?   Would the career obsessed Cubana slow down her legal, media and advocacy track for mommyhood or would Myles be more of the stay at home dad as they discussed at the end of Good Peoples?

Speaking of juniors, what's up with Carlos Roque, Jr?   How is he progressing under the parental guidance of Jackie and Carlos Sr?   Is the group home that Jackie and Kenya were running still active?    What's up not only with Kenya and Amir Moore, but with their twin daughters Deja and Jade who would now be about college age at 19?   What's their Aunt Tanzania up to?   Did Jasmine and Darius stay together or move on to other people as Jasmine pursued her college education?

As for the questions focused on the characters from 4 Guys and Trouble, we know that Mike and Bunches AKA Dr Erika Truitt got married, and Ibn's being Ibn, but did the same thing happen for the other characters in that novel?

Did Tiffany get married to Maryland state senator Harold Hawkins III and repair her friendship with Erika?  Are Colin and Stephanie still together and did that newly blossoming relationship result in them getting married?  Did Dexter find someone else in the wake of his breakup with Denise?   Did she marry Kwame?.

What happened to Sharice?  Terence?   Did Erika keep her promise and adopt Tiana who would now be in her early twenties?

We know Stacy went on to cause the end of a Moore family marriage in A Family Affair , but is she still wrecking homes?

And Ibn, Ibn, Ibn?   Has Ibn finally met the woman that made him want to give up his playa playa card?  Does he still think about losing Tiffany?   If he hasn't given up his playa card, what other wild situations did Ibn find himself in as alluded to in the A Man Most Worthy book when he showed up at Adele's with his frat neophytes who had just gone over, and his hilarious cameos in Amir's barbershop in A Family Affair?

As for the Newark based characters in A Man Most Worthy, we can probably presume that John and Josephine Sebastian and Gloria and Jules Anthony are still together because both couples had seriously rocky roads to their dual  reconciliations and marriages.   But there's still questions you can ask related to that novel.

How did Gloria adjust to being the stepmother to Jules' then seven year old daughter Nakira, and what's Nakira doing now that she's 18?

Did the now 34 year old Scent get her doctorate and find love?   Are Hakeem and Rashahn still living up to the motto of their problem solving business and dishing out well deserved beatdowns?

Going back to Nakira, would be interesting to see a novel in which Tiana,  Nakira, Jade and Deja bumped into each other at college with Scent or Jasmine as one of their professors,  Marisa doing a guest lecture, and Ibn making a hilarious appearance doing his usual frat mentoring.

But then again, that's up to Marcus Major.   Would be nice of him to unleash another book for his devoted fans like moi who would love to once again immerse themselves into his Philly-DC-Newark centric character universe and see what's transpiring in the 2k10's.

Hey, Ibn Barrington's exploits are worth two novels and a movie by himself.
Posted by Monica Roberts at 12:00 AM