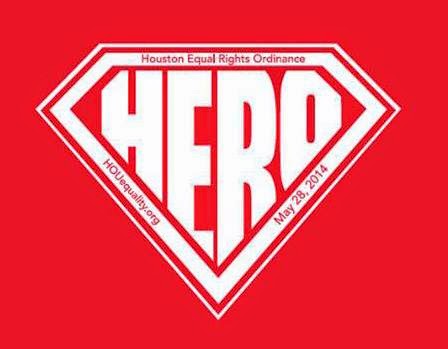 It's been a week since the haters faith based oppressors failed to gather enough signatures to place the HERO on the ballot for recall.   Because it was via their own ineptitude that they failed to do so, now they want the court system to bail them out of the mess they made for themselves.

They tried to play it off as if the city was being nitpicky about it, but as this training video shows, even King Hater Dave Welch knew what the requirements were before they got started on the failed recall petition drive

The case was sent to federal court, on August 6, but went back to state court the next day with a hearing on August 15.  The HERO haters are running into an August 18 deadline if they want to get it on the 2014 election ballot, and the clock is ticking.

As expected, a judge has enjoined the city from enforcing the HERO  until the legal questions are resolved.   Mayor Parker had already anticipated this, which is why she suspended HERO mplementation for two weeks until the haters trip through the court system is done.

In the meantime, Team HERO is in standby mode.  While we'd rather the HERO not be on the ballot period, if push comes to shove we are ready to start fundraising money and prepare defending our much needed human rights ordinance.Stay tuned to this TransGriot channel to see if they were successful

The struggle to keep the HERO continues