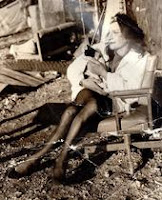 When I was on a New York vacation in May 2000, I had a chat with a wise trans Latina that lasted so long, I ended up spending the night at her Brooklyn crib before I headed back to Yonkers where I was staying the next morning.

So who was that wise trans Latina giving a neophyte TransGriot the advice?   None other than the late Sylvia Rivera.  And what organizations did she advise me to never trust?  HRC.

My memories of that Transy House conversation with Sylvia got triggered again because of some interesting news I heard yesterday afternoon.

When the Southern Comfort Conference kicks off in suburban Atlanta September 3-7, one of their three keynote speakers will be none other than HRC President Chad Griffin.  The other 2014 SCC keynoters will be Christina Kahrl and Jamison Green.

Have mad love for both Christina and Jamison.   They will make wonderful SCC keynote speakers and I met Jamison during the  2000 SCC event.

But before being advised of the jawdropping news that Griffin was going to be one of the keynoters this year, my attention was focused on another missed opportunity by SCC to lift up the work of ATL area trans POC leaders.

What's up with that SCC?   You have Dee Dee Chamblee, Cheryl Courtney-Evans, Tracee McDaniel, Xochitl Bervera, BT and several other prominent trans POC's in your Georgia backyard, and yet you've missed another opportunity to highlight their work.

That oversight led me to once again recall the words an African-American SCC attendee I chatted with during my last SCC visit in 2004. "SCC is definitely Southern and not very comfortable."

That missed opportunity is why Black Trans Advocacy Conference in Dallas on April 27-May 3, 2015, the Philadelphia Trans Health Conference and the upcoming Transgender Faith And Action Network conference in Charlotte August 29-31 continue to exist, grow, and draw diverse crowds .

But back to the news that after a seven year absence, an HRC president will speak at the Southern Comfort Conference.

The last SCC appearance in 2007 saw then HRC president Joe Solmonese misspeaking lying at the then largest trans conference on the planet about his organization's support of a trans inclusive ENDA and stating they would oppose a non-trans inclusive one.  At that 2007 Solmonese SCC speech they collected $20K in T-bills from the suckers transfolks in the room that went out of our community and straight to HRC bank accounts, then reneged on that promise. .

We got cut by former Rep. Barney Frank (D-MA) out of a transgender inclusive ENDA as HRC sat in mute silence about it, then as the rest of the LGB community was coalescing along with a majorly upset trans community behind the United ENDA effort, threw transpeeps under the civil rights bus and supported the trans-free ENDA.

When Griffin does speak at SCC next month, I hope my white trans sisters and trans brothers don't fall for the HRC okey doke again and are smart enough to keep their checkbooks and debit cards in their purses and wallets until they see what HRC is selling.

We'll see in three weeks if my white trans brothers and transsisters remember their 2007 SCC history lesson and proceed accordingly.

I will also be paying attention along with much of Trans World to that speech.  I'm curious about what Griffin has to say just in case he and his org are serious about forging a new path with the trans community.

This will be a pivotal speech for HRC.  Depending on what happens after it is delivered, it will either start HRC on the road to redemption in the trans community or if handled badly as they are prone to do, set back their efforts to overcome their negative trans oppressor past another generation.
Posted by Monica Roberts at 12:00 AM