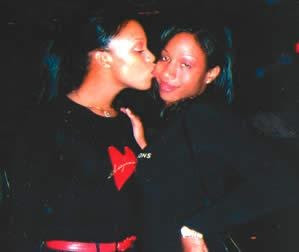 Twelve years ago on this date at the same 50th and C Street corner in Southeast DC where Tyra Hunter's death by medical transphobia happened,. two young Washington DC transwomen died.
.
Sadly, there have been a lot of trans murders and anti-trans violence aimed at my Washington DC trans sisters since 2002, but the brutal execution style slayings of 19 year old Stephanie Thomas and 18 year old Ukea Davis rocked DC and the nation.

Sadly, the waste (or wastes) of DNA who committed this crime have yet to be brought to justice. 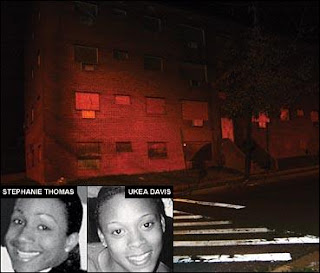 There are times I think about what happened to these two inseparable friends.  I wonder what depraved soul would have so much hate in their heart for Stephanie and Ukea that they made the heinous effort to terminate their lives.

I also wonder if Stephanie and Ukea had lived, what contributions would they be making to our community at ages 30 and 31?   But that is a question we'll never know the answer to.

Rest in power and in peace ladies.   Know that your Washington DC trans brothers and trans sisters and your trans family around the country won't rest until the perps who did this are arrested, convicted and are rotting in jail for the rest of their lives for it.
Posted by Monica Roberts at 2:00 AM