As a proud UH Cougar, hating Rice University when we play them in any sport is Job One.

But there's no shade involved when it comes to discussing this remarkable accomplishment by our brothers and sisters on that century old campus.

In the recent 2105 update by the Princeton Review of the 20 most friendly/unfriendly LGBT campuses in the country, H-town's Rice University cracked the Top 20 and made the 'Most Friendly LGBT Campus' list

Rice was the only Texas school on the 'Most Friendly LGBT Campus' list at number 20, with Stanford University topping it this year.  And yeah, I question Smith College's #4 ranking when they are and have been hostile to the enrollment of transfeminine students.

In case you're wondering who made the LGBT unfriendly list, Baylor and Texas A&M made it on the 20 most unfriendly LGBT schools list for the second consecutive year. 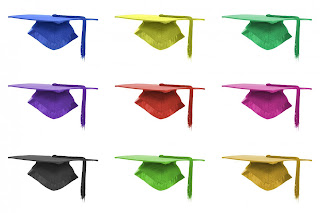 I'm happy there are no HBCU's on that Top 20 LGBT unfriendly list, but disappointed none have made the Top 20 friendly list either.

Time to get busy changing that perception HBCU's.  Black LGBT students exist, and failure to deal with that reality will cost you in the long term.

The Princeton Review, not affiliated with the more famous Ivy League university, since 1992 has published an annual review of 379 colleges based on student surveys in 62 categories.

The annual survey asked 130,000 students at 379 top colleges to rate their schools on dozens of topics and report on their experiences at them. Students were asked 80 questions about their school and themselves during the 2013-14 and/or previous two school years. An average of 343 students per school were surveyed.

“Our purpose is not to crown one college ‘best’ overall or to rank these distinctive schools 1 to 379 on any single topic,” said Princeton Review senior vice president Robert Franek. “We present our 62 ranking lists to give applicants the broader base of campus feedback to choose the college that’s best for them.”

So yes, this is a BFD for Rice and megacongratulations to them for cracking the Top 20 on the 'Most Friendly LGBT Schools' list.

It's not only something for you Rice Owls to pop your collars about, but gives Rice LGBT alums like Mayor Annise Parker and us TBLG Houstonians something else to brag about concerning our hometown in our national community circles.

It's also giving us another reason to fight hard to ensure the HERO is a permanent fixture in our Houston Code of Ordinances so that Houston gets the benefits of the future LGBT kids drawn to Rice to get that quality college education on an LGBT friendly campus.
Posted by Monica Roberts at 12:00 AM