Who Dat Gonna Be NFL Champs! 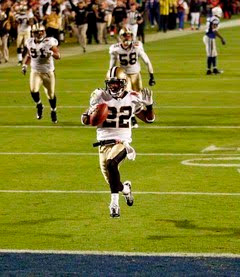 The New Orleans Saints were founded in 1967 and have endured 43 seasons of good, bad and ugly football. After Hurricane Katrina devastated the city in 2005 and wrecked the Superdome, it wasn't even certain that the Saints would even be playing their future NFL games in New Orleans.

Today you can call them NFL champions after playing and winning in their first Super Bowl appearance. 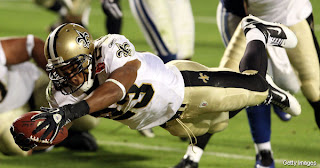 They ain't the Aints no more.

In a Super Bowl for the ages the Saints turned a 10-6 halftime deficit, gutsy play calling and stout defense into a memorable 31-17 win and a well deserved championship for the long suffering Saints fans.

Mardi Gras has already started, but this party will probably be going on until tomorrow morning and maybe into next week.