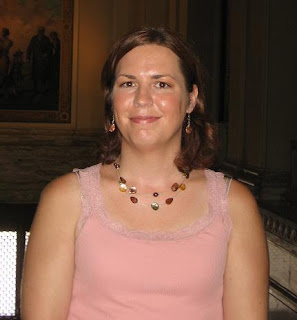 I talked about Brittany Novotny, who is running for the Oklahoma state House seat currently occupied by Repugnican homobigot Sally Kern.

Her campaign is humming along. Despite only beginning to raise money on August 24, by the time the first mandatory reporting deadline arrived in November 2009, she'd raised $9,465 in nearly six weeks.

Incumbent Sally Kern in the entire three month reporting period only raised $10,843.94 with much of it coming from large donors. Only 19 of Kern's donors gave $50 or less while Novotny had 129 $50 or less donors.

You can keep track of Brittany's campaign via her website Brittany4HD64. You may want to help a sistah out with a donation as well. Every little bit helps. If you're in the Oklahoma City area you may want to help her out with some volunteer hours as well.