When Will African American Trans People Be Able To Tell Our Stories On HBCU Campuses? 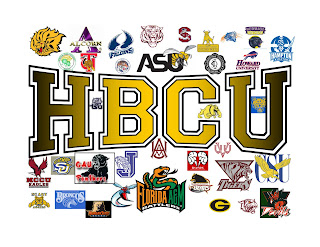 One of the things I and other transsisters enjoy doing is telling the story of African descended trans people to college students around the nation.

Since only one side of the story has been told for the last 50 plus years, it is a joy to pass along our knowledge to students, administrators, and instructors eager to learn more about transgender issues from our unique chocolate flavored vantage point.

But while we African descended trans people deeply appreciate the opportunities that we get to do so, one thing that bothers us is the fact that we are primarily holding these discussions at predominately white institutions.

I've been doing these trans oriented panel discussions for collegiate groups for more than a decade, and I have yet to do one on a Historically Black College and University (HBCU) campus.

The histories of HBCU institutions are deeply linked with the history of our people. Some of our best and brightest minds and historical figures have graduated from HBCU campuses. Ground breaking research benefiting all Americans has happened on campuses such as Tuskegee University.

But one area HBCU's are sorely lacking in is understanding what's up with African descended GLBT people. The transphobic and homophobic incidents that have occurred on various HBCU campuses in the last two decades point out the pressing need to dispel some misconceptions about who and what we are. Some of my African descended peeps could definitely use the face time with transpeople to dispel the faith based lies they're being fed about us as well. 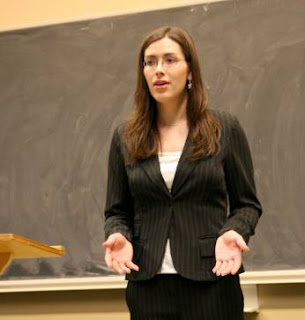 Not being able to or being extended the invitation to do trans presentations on HBCU campuses is wounding on another level as well. We have seen our white brothers and sisters get routinely invited in the same time period to do these collegiate discussions, and it hurts when we see there aren't similar efforts taking place at HBCU's.

That bothers me and other proud African descended trans people. We get the perception that we are being unfairly rejected by our people. But we know having the gender issues dialogue is too important to let slide and we aren't giving up.

HBCU's are currently educating our next generation of business leaders, doctors, lawyers, teachers, social workers and yes, politicians. Students at HBCU's need to be exposed to our lives as well, especially in light of the fact that many of my people are willfully ignorant about trans issues.

But the point we will continue to make is that we did not give up our Black Like Me cards when we transitioned. Some of us graduated from HBCU campuses and we have much to offer the African descended community in terms of our talents and expertise. If HBCU's such as Howard can bring people such as Black conservative and RNC chair Michael Steele to their campuses to speak, what's stopping them from doing the same with African descended transpeople?

But you have to meet us halfway so we can start that dialogue.
Posted by Monica Roberts at 11:01 PM

I hope that in the Year of the Tiger those walls will finally be broken Monica. Who else should be speaking in HBCU but African-descended people themselves?