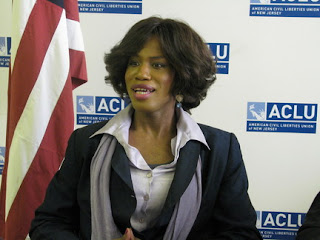 As I have stated repeatedly over the years that this blog has been around, we African descended transpeople face some of the same issues our cis brothers and sisters do.

One of those issues is harassment by the po-po's. African-American transpeople are no different from our cisgender counterparts in that regard as Duanna Johnson getting assaulted in a Memphis police station made quite clear.

The news coming out of Newark that adds an exclamation point to what I'm stating here is transwoman Diana Taylor and the ACLU New Jersey chapter filing a lawsuit against the Newark Police Department.

The six count lawsuit alleges two officers stopped Diana Taylor on March 23, 2009 for no reason, mocked her gender identity and threatened her with retaliation if she filed a complaint.

“I kept asking, ‘What did I do? What did I do?’” Taylor said at a news conference today. “I’m coming forward now because this shouldn’t have happened to me.”

The incident unfolded while Taylor she was walking near Broad and Elliott streets. Two officers stopped her, making derogatory comments about her wig and alluding to a bet they had made about her gender, she said.

Taylor said one cop told her he didn't want to touch her "because I might have AIDS."

She said when she was initially stopped and asked to hand over her identification, one of the officer's yelled to the other "it's a man. You were right. I owe you $10!"

He said the officers began calling her a string of discriminatory names including "chick with a d---k," and "f----t."

Taylor was taken to a police station and frisked in a sexually intrusive manner, she said.

Finding no reason to detain her, two officers drove Taylor to her home and said they knew gang members in the neighborhood who would harm her if she filed a complaint against them, according to the lawsuit.

About a month later, Taylor was charged with littering and disorderly conduct, she said. The charges were eventually dismissed in court. 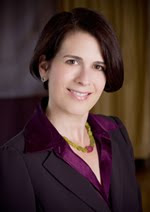 The lawsuit is the third the ACLU has filed against the police force in as many years, said Deborah Jacobs, the executive director of the ACLU’s New Jersey chapter. She called for a slew of department changes, including a way to submit civilian complaints online and an independent monitor to review the internal affairs division.

“(The administration) came in saying internal affairs was important, but we expect it to be run better than it is,” Jacobs said.

According to nj.com The Newark Police Department did not respond to requests for comments.

Taylor also filed an internal affairs complaint with the police, but it was not thoroughly investigated, said her lawyer, Neil Mullin, who added two eyewitnesses to the incident were never contacted.

Newark Police Director Garry McCarthy has previously said reforms have been put in place to improve the process of gathering and responding to complaints.

It seems as though this is a recurring problem in the Newark Police Department. Albert Cunningham, a member of the Newark Pride Alliance, said members of the local gay community routinely complain to him about police abuse. “We hear only the tip of the iceberg with filed cases,” he said. 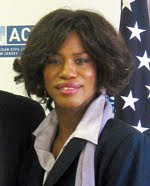 It's also a issue that Amnesty International highlighted in a report entitled Stonewalled: Police Abuse and Misconduct Against Lesbian, Gay and Transgender People in the U.S. that was compiled about police harassment of transwomen. And as you probably guessed, transpeople of color have taken the brunt of the police harassment.

Will be keeping an eye on this case to see if Ms. Taylor receives justice for what was done to her.

It's incidents like this that negate the hard work of LGBT police liaison officers across the country and continue to reinforce the perception that when it comes to African-Americans and other people of color, Officer Friendly ain't so friendly after all.
Posted by Monica Roberts at 1:00 PM