Teabaggers, You Owe Great Britain A Lot Of Money! 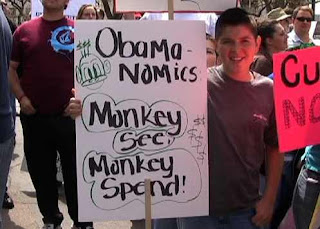 TransGriot Note: I have no love for the racist white wing Teabagger movement. Saw this interesting post from Maura Hennessey which points out that if the Teabaggers continue to claim they are the heirs of the peeps who conducted the original 1774 Tea Party in Boston, there may be potential legal and fiscal consequences.

Teabaggers, you owe Her Majesty's Government a lot of money

Dear Teabaggers,
As a former counsel attached to the Chancellor's office, and having once represented the parent company of Messers Davison, Newman and Company, Ltd, I feel that it is my duty to my clients to bring to your attention the following facts:

You claim to be the legal heirs, as well as the moral heirs, to a group of gentlemen who illegally trespassed upon the merchant ship Fortune, a brigantine then commanded by Benjamin Gorsham, Master and carrying a mixed cargo, including Twenty Eight Teak Chests containing Tea, the lot consigned to Mr Henry Lloyd of Boston Massachusetts, a merchant. 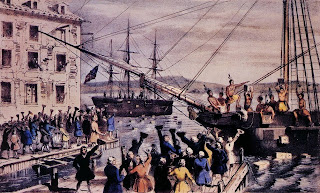 These gentlemen committed the following illegal act on the Seventh of March, the 1774th year of the Common Era and the Thirteenth Year of the Reign of HRM King George III of happy memory, to wit: They did trespass upon Fortune, breaking into the hold, and brought the tea onto the decks where they broke the chests and spilled them into the Charles River.

Of this shipment, Sixteen Chests were the property of Davison, Newman & Co, Tea Merchants and Importers, London. Said Sixteen Chests and their Contents were insured by Messers Peregrine Cust, James Bradley, Charles Harris, Robert Thornton and William Greenwood who wrote a policy with themselves holding the Risk at Lloyds signed and effective upon the Twenty Third of December in the year 1773.

Messers Cust, Bradeley paid to the policy holders Messers Davison, Newman & Co the sum of Four Hundred Eighty Pounds Sterling, the agreed and insured value of the Sixteen Teak Chests and their Contents. 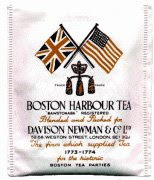 Messers Cust, Bradley et al did therefore petition His Royal Majesty for relief, successfully, with His Majesty's Government covering the expenses and levying a tax to recover said expenditures upon the responsible individuals.

Owing to the subsequent unpleasantness in the Americas between 1775 and 1783, this amount was not reimbursed in spite of it being legally levied in response of the willful destruction of private property.

Therefore, the responsibility for the payment of said amount devolves upon the legal heirs and assigns of said perpetrators, which you freely claim to be. 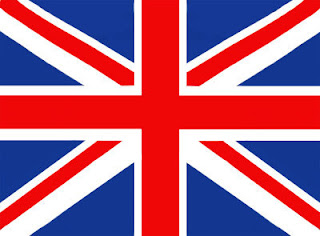 On behalf of the Government of Her Royal Majesty Elizabeth the Second, by the Grace of God, of the United Kingdom of Great Britain and Northern Ireland and of Her other Realms and Territories Queen, Head of the Commonwealth, Defender of the Faith, etc, the successor to the Government of His Late Royal Majesty George the Third, I petition and demand that the owed sum of Four Hundred Eighty Pounds Sterling, legally levied in the Year 1774 be paid with suitable interest, said sum in current monetary value now being the equivalent of $8,924,601,649.92 reckoned at six percent per annum.

I remain your Obedient Servant,
Maureen Eileen Hennessey, Q.C.
On behalf of Her Majesty's Government
Posted by Monica Roberts at 11:01 PM