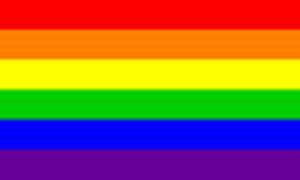 Cleaning Up Our Own House
Copyright 2007, THE LETTER

Something that didn’t make me happy was the drive-by show that Chuck Knipp performed at The Connection during the Thanksgiving holiday weekend. The reports that I’ve received about it from several people that attended were that they didn’t find it funny and they observed people leaving during the performance.

While that is gratifying to hear, the differing race-based reactions to the SQL minstrel show controversy have exposed the need to have a conversation about racism in the GLBT community.

We are a microcosm of society at large. Since racism is prevalent in the parent society, then our subset of it is also contaminated and it is naïve and foolish to think that we aren’t. When we started planning the first Transsistahs-Transbrothas Conference back in 2005, we had a critic of it post a comment on a predominately white transgender Internet list in response to my letter explaining why we were having TSTBC that said ‘It’ll make it easier for them to service their tricks.”

The March 2002 NGLTF report entitled ‘Say It Loud, I’m Black and I’m Proud’ highlights the problem. From April to September 2000 a survey was done at nine Black Pride events in an attempt to learn more about the African-American GLBT community. Guess what one of the issues was for the 2,500 respondents that cropped up?

When asked the question if the racism of GLBT whites was a problem for GLBT blacks within the community, 48% of the respondents agreed with the statement. The numbers were even higher among my fellow transgender survey respondents at 57%.

I can cosign on that last one. I’ve been called the n-word by a white gay patron of one club back in my hometown and denied entrance at another one with the excuse that it wasn’t a transgender bar. However, I observed from the entrance door white t-girls not only inside the club but partying with the predominately white gay male crowd. I’ve had people in the pageant world report that even with equal status level in terms of titles, et cetera, they receive far less appearance money from promoters for performing in shows than their white counterparts.

Accumulations of those negative experiences over time and the frustration of dealing with white GLBT community indifference in tackling the problem head on eventually leads us to say ‘enough’. If you wondered why Black GLBT people have separate pride events, pageant circuits, and conventions such as TSTBC, racism in the community is a major component of why those organizations exist.

As GLBT peeps we are fighting for recognition of our constitutional rights. We need all sectors of our community engaged in this process. It is to our advantage to find a way to work together building a diverse, multicultural community that respects all of its members and face the reality that 40 years of post Civil Rights Movement education and policies did not magically erase 400 years of negative racial attitudes.

There needs to be a long-term commitment from all leaders in the GLBT community to aggressively tackle this nettlesome problem. However, it can’t be just people of color doing the grunt work on this issue. I’m glad to hear that Fairness will spend time in 2007 focusing on anti-racism work.

It couldn’t come at a better time.
Posted by Monica Roberts at 10:37 PM

Ya know, I once wrote a blog entry about SQL
http://www.martiabernathey.com/?p=82
I never really understood the big deal till I saw his site. I know Chuck Knipp, and I know that he truly doesn't feel like he's doing anything wrong.

Now I still think that we have bigger fish to fry than Chuck Knipp, but I do understand now why it's so offensive.

It's too bad it took getting into a internet ruckus with Madge Weinstein of Yeast Radio. The performer that does Madge doesn't think that he's doing anything wrong either. But his transphobic and lesbian hating comedy routine is sophomoric, and not at all funny.

I would say that protesting Chuck Knipp does nothing but promote him. In the case of Madge, I've tried to use comedy to protest her lame and outdated stereotypical routine.

Better late than never, I guess.

I agree with what Jasmyne Cannick posted on her blog about the SQL controversy a few days ago.

She stated if Chuck were lampooning Jewish people this would have been shut down a long time ago.

Yeah, by calling this KKKlown out he's getting publicity out of it. But at the same time it's educating people about what his act is all about.