Ashlee Preston Is Running For Office!

The list of trans folks running for public office in 2018 just got a little bit longer.

The 30 year old Assemblyman abruptly announced on Wednesday he was resigning from the seat and terminating his reelection campaign for it effective immediately because of health reasons. 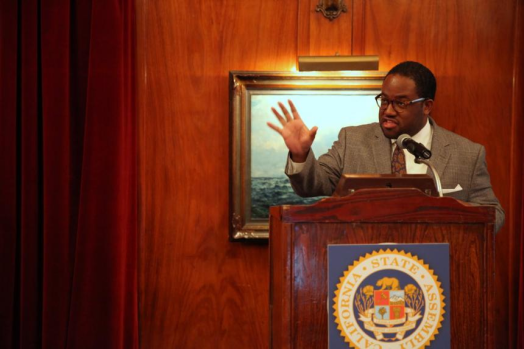 Ridley-Thomas is the son of LA County Supervisor Mark Ridley-Thomas, and the Morehouse grad  first captured the safely Democratic seat at just 26 years old in a 2013 special election.  He was in the middle of his second full two year term before announcing his resignation.

Ashlee Preston has decided to jump into the race to be the next Assemblyperson from the Los Angeles area district that covers West LA, Mid-City LA and Culver City.

"As someone directly impacted by the issues that often diminish the quality of life, I have an acute understanding of which policies must be put into play in order to move progress forward for the constituents of the 54th District and beyond," said Preston.

"I believe in prioritizing people over politics.  We are more than percentage points; we are real people with real stories.  I fully intend to continue honoring those experiences, and advocating for those who don't have a seat at the table," she added.

A special election for the remainder of Ridley-Thomas' term will be held soon but as of this writing a date for it hasn't been set.

If Preston is successful in capturing the 54th District seat, she would become the first out Black trans woman elected to a state legislative seat since Althea Garrison did so in 1990.

Best of luck to Ashlee, and hope that she is chosen by the voters of District 54 to represent them in Sacramento and make that history..

TransGriot Update: Preston has decided to suspend her campaign
Posted by Monica Roberts at 12:00 PM