In a time in which trans women are being killed at record rates, we trans people are fighting for recognition of our humanity, our human rights are under assault from haters who are using the legislative process to try to criminalize our trans lives, haters like the TERFs are attacking us because they are let's be real, straight up evil vanillacentric privileged wenches, and the conservative moment because they need somebody new to hate on after their catastrophic loss on marriage equality, one of the things that pisses me off is when I see it is elements of the trans community hating on other trans sisters.

And it needs to stop

So what is hatin' for the context of discussion in this post?

*Hatin' is when you disparage another sister for no reason other than because you're jealous of her.

*Hatin' is deliberately outing her and putting her in a potentially dangerous situation in which she could be assaulted or killed.

*Hatin' is any action on your part specifically designed to negatively impact her life like outing her at her job to a boss or co-worker that you know is transphobic and you are aware of the fact she is low to non-disclosed about her trans status on that job.
*Hatin' is colluding with the enemies of the trans community like conservafools and TERFs to impede the human rights progress of the trans community for your personal gain, comfort or you just wanna be a nekulturny azzhole.

There are many of my sisters who are successful, accomplished women and they look damned fly when handling their business.  To borrow the line from Melissa De Souza's Shelby character in the movie The Best Man Holiday, 'Don't hate, emulate' 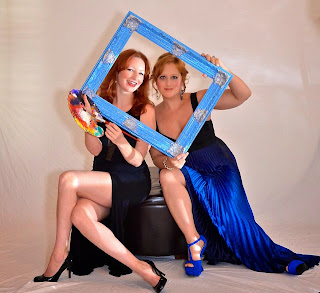 When I see see my sisters at a White House event, Eden Lane on CNN, Janet Mock on MSNBC guest hosting the Melissa Harris-Perry Show, Laverne Cox's face on ESSENCE and other magazines, Geena Rocero and Isis King strutting down catwalks, Jazz and her family on TLC, Ruby Corado running her now three year old center in DC, Angelica Ross handling her TransTech business, Precious Davis searching for the perfect wedding dress as she and her fiance Myles role model what Black trans folks in love with each other looks like, and Nikki Araguz Loyd and her business partner Meagan Gillett stylishly handling their Gallery Girls business, why should I be hatin' on that?

There are many trans women in this community that  I admire and look up to for many reasons   All of us are beautiful and have qualities that make us so.  The women I admire and look up to I do so not only for their beauty, their intelligence, their creative talents, their trailblazing leadership qualities, their on fleek sense of style, or some combination of all of the above, they also add into that mix of qualities being genuinely good people  .

I see these women, some of who I am proud to call my friends, what they have accomplished, and I'm inspired to step up my own personal game.  Instead of hatin' you should be taking notes and trying to replicate what she did to arrive at that point of success you are so green with envy about.

Is it your trans sister's fault if she hit the genetic lottery and her family DNA hormones were extremely good to her? She busted her ass to get her education?  She has amazing music talent that she has worked hard to hone?  That she has a significant other who is not only proud of her, but loves her?   That she's successfully getting paid and working in a nice job?

#StopTheShade because frankly, in this critical moment for our community,  we don't need trans sisters hatin' on each other.  We have more than enough cis folks out there ready and willing to line up to not only hate on  us and challenge our very humanity, but who are willing to take that hatred to the next level and oppress and kill us.

We also have serious human rights work ahead of us that will take all of us working as a unified team doing different tasks to make real the promises of democracy for trans kind. 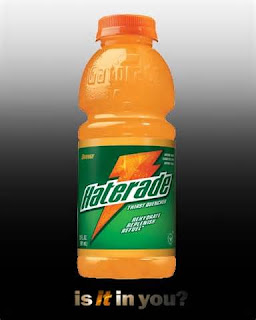 So keep that in mind the next time you wish to pop the top on that Haterade and spit it back out at another trans sister.  .