When I first heard about a Stonewall movie project coming out of Hollywood, my first thoughts were "That's nice, but I hope they don't whitewash the damned movie".

Now  the initial trailer for the Roland Emmerich directed film Stonewall has come out, and it's worse than I feared.  The screenplay written by Jon Robin Baitz focuses on a fictional white gay man from Kansas named Danny, who moves to New York and is shown during the course of the movie to eventually become radicalized enough to throw the brick that triggered the rebellion and subsequently a movement.

As for Sylvia Rivera and Marsha P. Johnson?  They are just minor characters in this film.

Seriously?  The mother of the trans rights movement, who jumped off Stonewall and along with Marsha played a major role in fighting for the recognition of gender variant people as the nascent movement was forming in the wake of the Stonewall rebellion is a minor character?

That's some bull feces.    But here's the trailer.

Umm, naw boo boo kitty, that's not how it went down, and as long as Miss Major is alive, I'm not letting that fictionalized whitewashed trans free Stonewall narrative even gain a foothold because it's a crime against history and disrepectful to Sylvia, who i had the pleasure of meeting in May 2000. 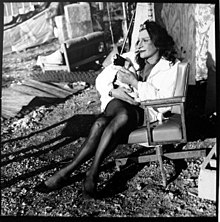 The reality coming from multiple witnesses to the original event say that it was Marsha P Johnson, Sylvia Rivera, butch lesbians and other gender variant persons of color who jumped off the riot in 1969 while the Fire Island gays were still cowering in their closets.

Even Ray Hill, who is one of our Houston human rights icons and who was one of the early Big Four Gay leaders along with Harvey Milk, Frank Kameny and Barbara Gittings, has told me that Stonewall was a trans and gender variant POC led uprising.

So when Stonewall the whitewashed trans history erasing movie comes out, save your hard earned T-bills.   Just say no to erasure and whitewashing of the undeniable trans and person of color influence in what went down on a sultry June 1969 night that changed the course of American history and started a human rights movement,

TransGriot Note:  If you're pissed off about this trans erasure and whitewashing of LGBT history in this movie project, here's a documentary movie project about Marsha P. Johnson's life called Happy Birthday, Marsha that is in production and raising money for its completion.