It''s Past Time To Recognize That Black Trans Lives Matter

Still thinking about the fact tomorrow will mark 20 years since a 24 year old Tyra Hunter died from survivable injuries in a SE DC car accident at 50th & C Streets because of medical transphobia.

In my hometown I along with other activists are battling an attempt to place anti-trans language in the Houston City Charter along with fighting to protect our trans inclusive human rights law.

Out of the 11 trans women who have unfortunately been murdered in the United States this year, seven have been Black trans women.

And we still have elements of the Black community who are attempting to erase our existence from a community we have cultural and blood ties to, and even colluding with white conservative fundamentalist ministers to erase our human rights

Black transpeople exist.  We are your brothers, sisters, uncles, aunts,  neighbors, co-workers and fellow African descended human beings who deserve acceptance and respect, not your faux faith based contempt. 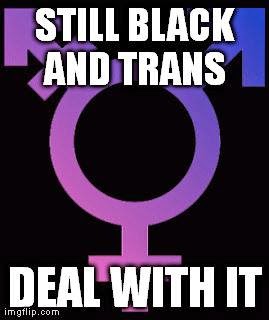 I say this often, and I will repeat it again.   Black trans people are part of the kente cloth fabric of Black America  and we.aren't going away.  We didn't turn in our Black Like Me cards when we transitioned to become the Black men and women we were born to be.   We have talents and skills to contribute to make Black America , the states and the cities we reside in better.   We vote.  We are involved in other protest movements besides LGBT ones and trailblazing leaders inside and outside our community.

Yep, we're there.  It's just at times we don't disclose we are trans.   Because of the virulent hatred we face even inside a community we should be able to have as a safe haven from anti-trans bigotry and prejudice, we have to fight our own people, and that is depressing and exhausting at times. 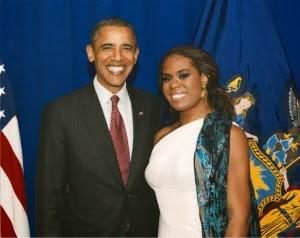 Some of you in Black America get that obvious point that Black trans people are also Black people, while others of you still have to get it through your nappy headed skulls that we are.

Black trans people are Black people, and we are caught up in an inescapable web of mutuality.  The minimum requirement we have of you as fellow African descended people is unconditional love and acceptance of who we are, and our humanity is not up for debate or discussion.

What affects the Black community affects me and other Black trans people, and what ails Black trans America is also a problem for Black America as well that needs to be tackled and solved with coordinated action.

The question is how long will it take you Black cis people to realize that?.