While the TERF's are crying rivers of White Womyn's Tears over the self inflicted demise of the 40th annual Hate On Trans Womyn Convening, AKA the Michigan Womyn's Music Festival that kicked off on Tuesday, I'm breaking out the bottle of champagne I received to celebrate a special occasion and doing the happy dance over it's rapidly approaching end on August 9.

Good riddance to transphobic rubbish.  No more anti-trans indoctrination on 'The Land'   And damned sure don't feel sorry for Lisa Vogel and her cadre of stuck in the 70's hatemongers because of their refusal to evolve. They would rather kill the festival than give up their desire to hate on and discriminate against trans womyn who may have been interested in attending their shindig in the Hart, MI woods and the allies who would reconsider their boycott of it if they would just let trans womyn who wish to attend it on The Land. .

If you peeps who liked MichFest want to blame somebody for its demise, you point the finger at Lisa and her like minded TERF's.  Don't aim any of that vanillacentric privileged White Womyn's Hate at Trans World

Anyway, enough jibber-jabber about the soon to be dead MichFest and time to move on to other more important things like calling out this week's bumper crop of fools.

Honorable mention number one is Lisa Vogel for failing to evolve and killing MichFest rather than opening the door to trans feminine women who wish to attend to do so, then doubling down on the transphobia by setting up on The Land a trans reparative therapist..

And y'all don't hate trans people at MichFest.  Yeah, right.

Honorable mention number two is Jaqueline Sephora Andrews, a so called 'gender critical transwoman' who got my undivided attention in the wrong way and got put on blast for it.

Really?  The TERF's still hate your allegedly Black trans azz no matter how much sucking up you do to them.  Ask your white TS separatist/H?BS friends how fast they threw them under the bus after they got busted colluding with them on that Brennan-Hungerford anti-trans right BS to the UN Entity on Gender Equality and Empowerment of Women

Honorable mention number three is a collective award for every fool on stage at the GOP 'kiddie table' debate and the Cirque se GOP one in Cleveland.

Honorable mention number four is Mike Huckabee, one of our contenders for 2015 Shut Up Fool of the Year who once again tried to take a dig at open military service for transpeople during the debate by reciting that tired 'The military is not a social experiment line'

That would be news to Baron von Steubing, one of the first generals in the Continental Army who was gay, the 54th Massachusetts, the Buffalo Soldiers, the Tuskegee Airmen,  the 761st Black Panther Tank Battalion, the 442nd Regimental Combat Team, Sgt Shane Ortega, Kristin Beck, Brynn Tannehill, the LGB peeps who openly serve in our military and the over 15,000 estimated trans people who are currently serving in our nation's armed forces.

Honorable mention number five is Sen. James Lankford (R-OK) who did some mansplaining on the Senate floor  floor and asserted that he had the right to lecture a woman about abortion because ' it's a man's issue'

Her body, her call on what to do with it, even if you impregnated her.   She has the veto power because she's the one who has to decide whether or not to carry the fetus to term, give birth to it and raise that child for the next 20 years..  Until a man can do that, have several sections of seats at FedEx Field and STFU.

Honorable mention number seven is Rep. Steve King (R-IA) who thinks that because same sex marriage is the law of the land, people will marry their lawnmowers.

In the race to determine who is the dumbest member of Congress, it's between Louie Gohmert and him. 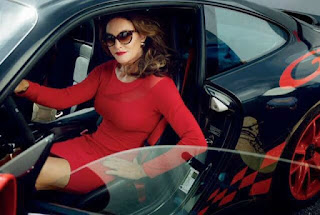 This week's Shut Up Fool loser  winner is Caitlyn Jenner

She finally let her conservative side show during an August 2 episode of I Am Cait, and it was not a good moment either .  Her insulated from the realities of trans life self made some problematic comments about social programs.

“They can make more not working with social programs than they actually can with an entry-level job,” Jenner said to an RV full of LGBT activists on the show.

Um no boo boo.  As anyone who has had to do SNAP or any other social program for a minute can tell you, one, we DON'T want to be on them because of the stigma, and two, sometimes it's necessary because you may need that helping hand for a short period of time.

And did it not occur to your sheltered, living large GOP voting behind that the average income for some transpeeps because of anti-trans discrimination in many cases pushed by your GOP friends is $10,000 a year?  That's well below the poverty line of $15K.

You really need to talk to the peeps I'm in contact with, along with more trans persons of color who will gladly break it down to you what life is like for those of us who don't live in a Malibu mansion and have been publicly out way longer than you have.