One of my fave all time movies is The Best Man.   I was at my fave multiplex when it debuted in 1999 and when the Best Man Holiday sequel came out 14 years later (boo hiss).

I'm booing about the 14 too long years it took to get that sequel made, not the quality of the film, of which it and The Best Man are in my personal DVD collection.

The sequel picked up where it left off chronicling the lives of Harper, Robyn, Lance, Mia, Julian, Candy, Shelby, Jordan and Quentin as they get together at Lance's palatial mansion for Christmas.  I was in another multiplex laughing, crying and munching on my popcorn at all the twists, turns and jaw dropping surprises when it was released in 2013.

Despite the fact the sequel was 14 years late, The Best Man Holiday made $70.5 million in the US box office, which doubled the $35.1 million the original movie made at the box office.

Since The Best Man Holiday cost only $17 million to make and made all that mad loot in the US market, it was a no-brainer Hollywood decision to bring back the entire cast for a third movie that will be called The Best Man Wedding.

The third installment of  The Best Man movies will pick up where the last one left off in terms of following the announcement of playa-playa Quentin at the end of the sequel that he was getting married, and the hilarious events leading up to his wedding.


We have a date for when that third movie in The Best Man series will be released, and according to the Hollywood Reporter it will be on April 15, 2016. 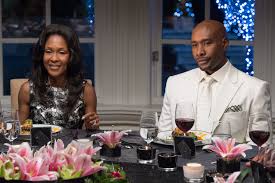 Malcolm D. Lee (Spike Lee's cousin) will once again be writing and directing it, and the Universal press release stated the entire cast will be back.  Does that also include Monica Calhoun, whose character Mia shockingly died in the second film?.  .If it does, going to be interesting to see her character in flashbacks..

We The Best Man fans will also be eagerly awaiting the answer to the question of  who is the woman that finally got Quentin to put a ring on it, and is it Shelby?

And speaking of couples, are Jordan and Brian still together?  How are Robyn and Harper adjusting to parenthood?   What's up with Julian and Candace and have they moved on from the marital squabble they had in The Best Man Holiday?

And the big question is how is Lance adjusting not only to his retirement from pro football, but life after losing his soulmate Mia? And who is Shelby's daughter Kennedy's daddy?   Remember Quentin and Shelby seem to keep falling into bed despite their mutual distaste for each other, and Kennedy is the right age for being Quentin's child if Shelby ended up pregnant after they hooked up after Lance and Mia's wedding in The Best Man.
Just thought I'd give you a things to make you go hmm moment to ponder until then.

Unfortunately we'll have to wait until April 15, 2016 to find out the answer to that and other questions
Posted by Monica Roberts at 2:30 PM