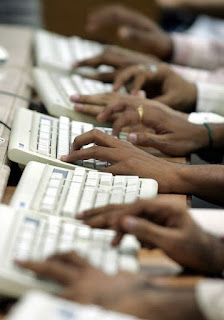 The milestones just keep on coming here at TransGriot, and it caps an amazing week in which I had two of my posts, the Dating a Trans Woman Doesn't Make A Cis Man Gay and one slamming the upcoming whitewashed and trans erasing Stonewall movie  go viral within days of each other. for the first time ever on my blog.

I sincerely thank you readers for making that TransGriot blogging first happen.   Another milestone I need to celebrate is that you are looking at Post Number 9000 since I started the blog back on January 1, 2006.

Still hard to believe at times that after near ten years, I've not only written that many post and the hundreds of words that comprise them, it's a blessing that I'm still be writing daily posts on this electronic platform.

I'm keenly aware that some of the blogs that either started before or after I did for various reasons are no longer publishing, and that saddens me to think about that from time to time.

There have been some bumps and bruises along the way to 9000 posts..   Several moves including a major one from Louisville where this blog started back to my native Houston.  Times in which I wasn't sure I'd be able to keep pressing on with it.   A kerfluffle or two in which my haters REAL:LY disliked something I wroteconcerning whiteness and white supremacy and called me 'racist' for it.  .

There have also been numerous times my unapologetically Black trans tell it like it T-I-S is self has been called everything but a child of God by my haters, in cluding, the N-word, B-word, T-word, a combination of the three, or all three at the same time

But those of you who chip in on the blog's Tip Jar, who read my posts and the people I meet at various conferences and events around the country keep letting me know how much you appreciate me and my writing.   My writing means nothing if i don't have people reading it and sharing it with others. 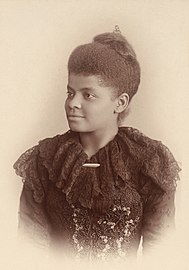 Now more than ever it's vital it is is to have a Black trans owned and operated blog fearlessly speaking truth to power inside and outside our community, talking about trans issues from an Afrocentric perspective while also discussing about our trans community history and current events in the world around us.

I hand one person on the anniversary of her  July 16 birthday call me a modern day Ida B. Wells.  It's funny and an interesting comparison because when I started TransGriot, I was simply shooting to pick up where the late Roberta Angela Dee left off.

To be compared to and outstanding Black writer and journalists like Ms. Wells is something I hope I can live up to as a writer with a focus on human rights and social justice issues..

It lets me know that the commitment I made to ensure that trans issues of interest to African-American and other trans people of color had a voice and platform in the blogosphere is appreciated my my readers and proven by some of the awards I've either won or been nominated for.

That's to all my readers over the years old and new, for the times that you have shared my posts to your influence circles, and the college professors who have informed me they use them at times for reading assignments in their classes.  It's not only humbling to know that, but it ensures I don't get sloppy with my writing, lazy with my thought patterns, and stay on point with my commentary.