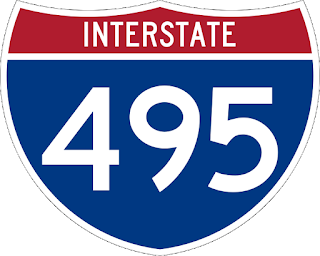 Interstates 5 and 95 respectively run north-south down the west and east coasts of the United States. They pass through four of the Top Ten US cities in population such as New York, Philadelphia, Los Angeles and San Diego and other trans meccas such as Seattle, Portland, Boston, Baltimore, Miami, near the San Francisco-Oakland Bay Area and through our nation's capital of Washington DC.

But for far too long, trans movement policy has been controlled by top down organizations based inside I-495, the Capital Beltway with attitudes bordering on arrogance that they're the smartest people in the room.

Judging by your results over the last two decades, no you aren't.

One of the things that has long pissed off many of us who live on or near interstates not numbered I-5 or I-95 is the attitude that infects activist from the 'blue' coastal cities that the rest of us in 'flyover country' not only don't matter, we are incapable of producing leaders who can get us to the promised land of equality and fairness.

Those leaders exist and live in Colorado, Texas, Georgia, Kentucky, Illinois, Michigan, Arizona, Iowa, Tennessee, Hawaii and Oklahoma just to name a few of those states.

They are producing or have produced trans leaders who are coming up with fresh tactics, innovative strategies, and making historically bold moves to go where no transperson has gone before in terms of running for state elective office.

In flyover country we have had to battle the same organized fundamentalist resistance that plagued the 60's civil rights movement. By having to work in these conservative 'Red State' environments, we long ago learned the lesson that we have to work intersectionally, intelligently and be creative to get whatever GLBT laws we needed passed. We have also learned things that help us frame the policy arguments we need to make and the messaging strategies we need to follow to ensure that happen.

We are also aware that even if we do pass those GLBT friendly laws, we have to be prepared to fight tooth and nail to defend them.

The point is that talented and intelligent trans people who are capable of leading our community aren't just concentrated on the coasts, we're everywhere.

It's past time that the trans leadership ranks reflected not only our ethnic diversity, but our geographic diversity as well.
Posted by Monica Roberts at 2:00 AM