In a few hours, we'll have the 136th running of the Kentucky Oaks at Churchill Downs. While many of you peeps around the planet have heard of the 'Run For The Roses', the 'Run For the Lillies' is not as well known as its distaff cousin.

Rachel Alexandra was last year's runaway winner by 20 lengths of the Oaks, and there was major sentiment in town for her to run against the boys in the Derby. Her owner decided to successfully run her instead in the 2009 Preakness.

Today at Churchill Downs is considered Louisville's day at the races. You'll see women coiffed in fashionable Derby hats on this day just like you will tomorrow, the only difference is that all the races, including the Oaks will be run by fillies. 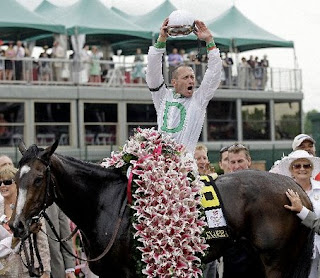 We'll continue the equine theme of this week's SUF post. Our not so nettlesome task TransGriot readers, will be to determine who was the biggest horse's anus worthy of a Shut Up Fool! Award.

But this week's winner was suggested by Renee of Womanist Musings, and I had to agree with her on this one.

He's one of seven candidates in a crowded GOP June 8 primary, and this waste of DNA stated during a Tama County candidate forum his solution to the undocumented worker immigration problem. 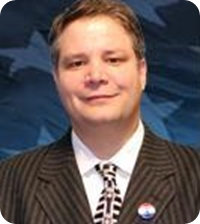 "I think we should catch 'em, we should document 'em, make sure we know where they are and where they are going. He went on to say to the Cedar Rapids Gazette, "I actually support microchipping them. I can microchip my dog so I can find it. Why can't I microchip an illegal?"

He supported the idea because he feels that too many illegal immigrants find ways to tunnel under fences, and the microchip embedded under their skin would make immigration control simpler.

You know Pat, you and your fellow conservafools need to coordinate your national message of racist intolerance better. Implanting microchips into someone against their will is against the law in California, Wisconsin and North Dakota.

The GOP controlled Georgia Senate passed a bill Wednesday banning what you're suggesting. The GOP controlled legislature in Virginia did the same and a GOP legislator in Tennessee was introducing a bill to doing the same. 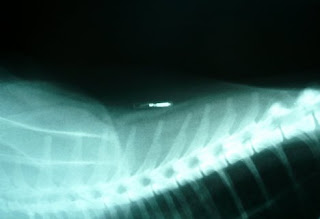 However, knowing the competition amongst GOP members to be more obnoxiously racist and 'conservative than thou' will probably result in this bill being amended to incorporate your jacked up idea that violates civil liberties and the Constitution in so many ways I'd need another post to document them all.

I hope the good citizens of Iowa voting in the GOP primary have the good sense to not choose you as their standard bearer.

Um, on second though...do it, Iowa. That will ensure the Democratic incumbent returns to Washington DC in January.

Pat Bertroche, shut the HELL up fool!
Posted by Monica Roberts at 11:01 PM