As I noted yesterday, the police in the Cleveland suburban hamlet of Olmsted Township have arrested 36 year old Andre L. Bridges,who is accused of the murder of 20 year old Cemia Dove Acoff.

Cemia's funeral is going to be this morning at 10 AM EDT at The Temple Baptist Church in East Cleveland, OH and there will also be a vigil held afterwards at the AIDS Taskforce of Cleveland.  It's a local organization in Cleveland according to Zoe Lapin that has heavy trans POC participation levels and significant POC trans involvement .

While the police and FBI capture of Bridges is a wonderful development in this case and as Olmsted Township Police Chief John Minek noted there is still an active investigation going on, I fear the damage has already been done that will ensure that Cemia may not get justice when this case finally goes to court.

While I hope and pray that when it goes to trial, it's proved beyond a reasonable doubt that Bridges did it and he spends the rest of his life getting three hots and a cot at the Ohio Iron Bar motel for what he's allegedly done, I fear that the Plain Dealer's transphobic coverage may have already poisoned the well and tainted the Cleveland area jury pool in the direction of Cemia NOT receiving justice for what was done to her.

If it happens that Andre L. Bridges gets a ridiculously low sentence or walks, you'll only need to look back to the day that the Plain Dealer's rabidly transphobic coverage of CeCe's death was unleashed upon the world..

For starters, the Plain Dealer went too far in ignoring the AP Stylebook guidelines and erasing Cemia trans feminine status.  Instead of reporting the murder of a trans feminine woman, you stripped her of any dignity by misgendering her, commenting on what she was wearing when the body was discovered, and categorizing her as 'it'  Then on top of that, you used her old name in the story, used mugshots of her and dragged her old criminal record into it

Way to go in your first class efforts Cleveland Plain Dealer to dehumanize her.

Because you set the demonizing and dehumanizing framing of the story, that meant the other Cleveland area media outlets followed your transphobic lead to the point where the Lanigan and Malone morning team at Majic105.7 cracked jokes (around the 7:00 minute mark) about this killing.

That initial negative framing led to a television interview with a family member that obviously wasn't down with Cemia's gender transition.  That family member constantly misgendered her as old male pictures were shot without balancing the story out with people who knew and loved her as CeCe and pictures reflecting that.

Never mind the fact that Cemia was the victim in this and isn't the one that should be on trial.  And when the backlash started, instead of correcting the story, you started wallowing in white male cis privilege, circled the wagons and blamed everybody else but yourselves for the fracked up coverage you justifiably got called on and kept on digging that transphobic hole you started with.

Even in the article you claimed was an apology, you are still using the jacked up photo of Cemia when there are more tasteful feminine photos of her and trying to stick to using her old male name which isn't germane to the story.

Tina Turner's old name is Anna Mae Bullock.  Do you call her by that name in any story you write?   See how fast you get another interview with Cher if you insist on repeatedly writing Cherilyn Sarkisian in that article or Reginald Dwight in one for Sir Elton John.

But back to focusing on the transphobic news coverage.   What it did was basically paint Cemia in a negative light, and it's something that Bridges' defense attorney will possibly exploit now that you media peeps did all their work in demonizing Cemia for them.

You've laid the groundwork for Bridges' defense attorney to possibly deploy the 'trans panic' defense and make the murderer look like a everyday and twice on Sunday church attending choirboy vis a vis the 'crazy tr---y' who 'deserved what she got'.

Oh my bad, you refused to acknowledge that she was a trans woman.

And when that trial starts, we'll have an empaneled jury whose minds are already compromised by marinating in the anti-trans media negativity stirred up by that journalistic hate crime.   We already know the odds are going to be long (but not impossible) for obtaining a murder conviction of a cis person who kills a transperson.

Worst case is he walks, best case is he gets life in prison pending the evidence and skill of the prosecuting attorney.   What I wouldn't be surprised that happens in this case is we possibly get a plea deal for aggravated manslaughter. 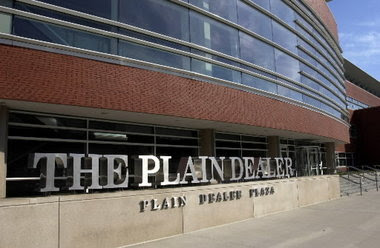 Your transphobic reporting has pretty much framed this trial one it starts as a Black cisman kills 'deceptive' Black 'man' or in the minds of many people not well versed in the lives of trans people a 'freak who deserved to die for tricking an unsuspecting cis man'.

That's not me spouting over the top rhetoric, that's the gist of the comments running around in the comment threads on the various posts.  A mentality that may seep into the jury deciding Andre L Bridges fate.

So Cleveland trans community, if Bridges walks or gets a ridiculously low sentence, you'll know where it started.