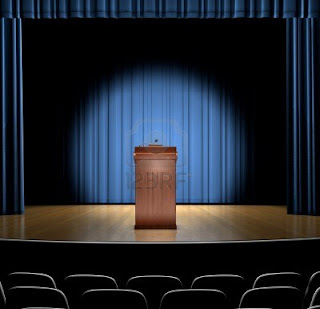 When I used me debating The Bug as this year's TransGriot April Fool spoof post, I knew there was no way in Hades she'd agree to debate moi.

Neither did I want to be on the stage with somebody who I knew would blatantly lie on a debate platform more than Mitt Romney does.

But in the off chance she accepted it, I would have been more than ready to handle my business.

But Cristan Williams isn't joking about wanting to debate a TERF (trans exterminationalist exclusionary radical feminist).   She has challenged to a debate GallusMag, the Borg Queen of Gender Trender, one of the major hate sites in the TERFosphere.

The trans community expects GallusMag to chicken out just like TS separatist Lisa McDonald did when she accepted Cristan's challenge to a debate and then weaseled out of it.

Frankly, I'd demand as a condition of the debate she come out of hiding, but Cristan is conceding that in order to take away an excuse she'd use to decline it which I'm betting she does anyway..

But if it does happen, it will be interesting to see what would happen when a TERF is forced to come up with verifiable examples to justify their jibber-jabber instead of strawman and red herring filled arguments that they pull out of their vanillacentric cis privileged behinds..
Posted by Monica Roberts at 12:00 AM