It's one huge honor for him and one giant leap for transkind.

Meet neurobiologist Dr. Ben Barres, a professor and chair of the department of neurobiology at the Stanford University School of Medicine.   He is one of 84 new members elected to the 150 year old National Academy of Sciences.

It is a major accomplishment and one of the highest honors a scientist can achieve. There are 220 NAS members who have won Nobel prizes and potential NAS members are nominated and extensively vetted by their peers, “in recognition of distinguished and continuing achievements in original research.”

Dr. Barres joins a distinguished group of 2,200 American NAS members and 400 NAS members from other nations. While he was humbled and thrilled about his election to the NAS, he also recognized the significance of his achievement to the trans community.

“This was a total surprise,” Barres said. “I had heard last year that I was nominated but had no idea I had actually been elected.”  Barres said that personally, his election to the Academy was a “nice honor.”

“But the primary significance to me is that it matters for young people. It sends a strong message to them that our country really values science and that they should consider becoming scientists. And of particular importance to me is that this matters to young trans kids. I am the first transgendered person to be elected to the NAS. This helps them to have confidence that they can feel comfortable being who they are, including changing sex, and still be successful in their career, in this case science. They don't have to choose between the two (identity and career). 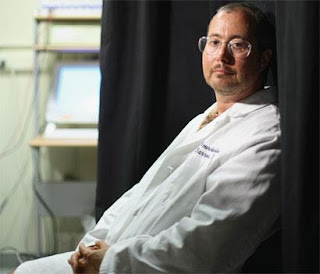 “Young people should never let anyone make them feel bad about who they are--their differences are often their greatest advantages in life! I have been contacted by so many talented young trans kids (and I meet with them at every Society for Neuroscience meeting and hear their personal stories) who tell me their parents strongly resist their changing sex because they will lose their . That they can point to me as an example that this is not true really matters.

“When I decided to change sex 15 years ago I didn't have role models to point to. I thought that I had to decide between identify and career. I changed sex thinking my career might be over. The alternative choice I seriously contemplated at the time was suicide, as I could not go on as Barbara. Very fortunately, my academic colleagues have been incredibly supportive and my fears were far worse than reality. I hope that my election to the academy will help young trans scientists (and LGBT folks in general) to see this.”

Congratulations Dr. Barres for your groundbreaking National Academy of Sciences election.  Thank you for being a strong voice criticizing the gender divide in science and being a role model to our kids who may be considering careers in science, education and technology fields.

Thank you for proving once again to our naysayers that transpeople, if given the opportunity, can excel in any field.
Posted by Monica Roberts at 1:00 PM