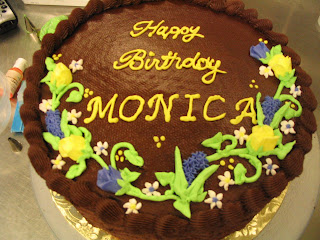 It's time to celebrate Cuatro de Mayo again and now officially being on the other side of the Big 50 birthday.  Thanks to everyone who has sent me birthday greetings, e-mails, cards, gave me gifts, or called.   It is deeply appreciated.

Thanks to all of you who continue to surf by my blog and play an integral part in making it the success it is.


As Janet Mock reminded me last year, it's a blessing for me to have reached this age since far too many of our transwomen won't have that opportunity.   I'm at a point in my life where I can begin (if I'm not doing that already) to act as the mentor to younger trans women I wish I'd had.

So what did I wish for when I blew out the candles on this year's birthday cake?  Gotta keep it a secret so it will become a reality.

But one thing I would like to see is GENDA pass in New York, ENDA pass at the federal level, the TERF's be declared by the Southern Poverty Law Center as a hate group and continue to slouch along with their TS separatist allies toward increasingly bitter irrelevancy.   I'd also like to see in the wake of  the Trans100 unveiling the international Trans 100 lists of various countries and my trans brothers like Carter, Diwa, Sean Mekhi, Louis, Kortney and the rest of the BTMI brother continue to be recognized for their increasing leadership roles.

And finally, I just want to be a better person 365 days from now than I am on this date.  I want to continue my evolution toward being the quality Black woman I know I am but can always improve on.