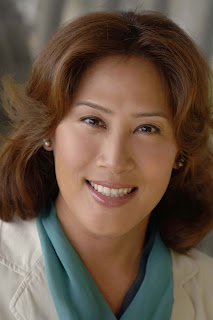 The White House will honor ten TBLG officials on Harvey Milk Day and one of them will be a girl like us.

Kim Coco Iwamoto, who is serving her first term on the state of Hawaii's Civil Rights Commission and previously served the state as an elected member of the Hawaii State Board of Education, is one of the people being honored on Wednesday, Harvey Milk's birthday as a Harvey Milk Champion of Change

The White House Champions of Change program was established in 2011 to spotlight ordinary citizens who are doing extraordinary things for to their community, their country, and their fellow citizens.  In that tradition, the Harvey Milk Champions of Change highlights a small group of TBLG state and local elected and appointed officials who have demonstrated a strong commitment to both equality and public service.

In addition to Kim Coco Iwamoto, the other Harvey Milk Champions of Change for 2013 are:


Congratulations to Kim Coco and the other 2013 Harvey Milk Champions of Change for receiving this high honor.
Posted by Monica Roberts at 1:00 AM