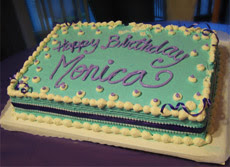 Tomorrow is Cuatro de Mayo, which means I've managed to go through another 366 days of life on this space rock  (2012 was a leap year).

I may have inadvertently (or deliberately) started some of it, but for the most part I got through 2012 without encountering a lot of major drama.  And yes, there was evolution toward becoming a better person during those 366 days.

Today is my birthday on the western side of the International Date Line, and I thank all my friends on that side of the world for all the birthday wishes you've sent me so far.   Looking forward to the day that I can finally meet y'all

So enough jibber-jabber about my rapidly approaching birthday tomorrow, let's get to why y'all surf over here every Friday at noon central time in the first place.   Y'all want to see what fool, fools or group of fools I put on blast for this week's TransGriot Shut Up Fool Awards and it's time to give you loyal readers what you want.

First up, the honorable mentions.

Honorable mention number one goes to former Supreme Court justice Sandra Day O'Connor, who expressed regrets over the 2000 Bush v. Gore SCOTUS decision that installed Junior in the White House and negatively changed the course of US history.

Gee, too late now.  Tell the families of over 5000 American military war dead and the 100,000 dead Iraqis that.  Those of us who voted for Vice President Al Gore know you made a partisan mistake that cost this country dearly in treasure and people.  We all knew Gore was the better man for the job and he won the election.  The 8 embarrassingly sorry years of the Bush mispresidency sadly proved to the rest of the country and the world what everyone already knew in Texas (except delusional Republifools) that Junior was not fit to be the POTUS.

Honorable mention number two goes to Sen. Kelly Ayotte (Teabagger-NH)  who admitted in a NH town hall meeting she voted against equal pay for women because 'we have enough laws on the books to enforce it'.


Yeah right, Kelly.   Okay New Hampshire, hope y'all are kicking this conservafool's butt to the curb when you get the opportunity to do so in 2016.

Honorable mention number three is a tie because its related to the same subject of NBA baller Jason Collins coming out.  It goes to former NBA player Larry Johnson and Chris Broussard.   While discussing the coming out story with L.Z. Granderson on Outside The Lines Broussard let his Christobigot flag fly and insinuated that Collins was 'not a Christian for being gay'.    LZ, I would have tore him a new anus for that one, .but we'll hopefully get a chance to discuss that at OUT on the Hill in September.

Johnson opened his mouth and inserted foot in it by letting fly on Twitter with tweets stating 'homosexuality doesn't belong in a men's  locker room' and he'd be 'uncomfortable' with a gay teammate.

Dude, you put on a dress and a gray wig to sell Converse sneakers back in the day.   I'm just sayin'.

Honorable mention number five goes to Rep. Paul Broun (Teabagger-GA) who is now running for the US senate seat of the retiring Saxby Chambliss and decided to use transpeeps as a wedge issue. 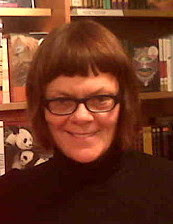 This week's Shut Up Fool winner takes us north of the border..

Renee of Womanist Musings has told me a few times about conservafool Toronto Star columnist Christie Blatchford.   She's written a column that has set off many women in the Great White North in a case in which 17 year old Rehtaeh Parsons of Halifax was raped by four boys at a party and subsequently cyberbullied to the point she committed suicide last month

To quote Renee on this one:

Claiming that it's questionable that a young girl who committed suicide was raped because she was naked with her rapist before hand is pure rape culture.

Rehtaeh's father also put her on blast for victim blaming and I agree with him and Renee.
No means no Christie Blatchford.  And shut up fool, eh?.