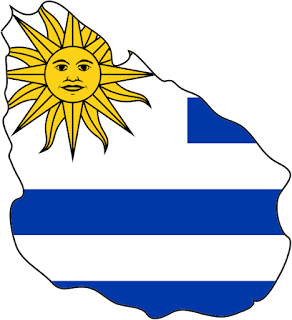 Uruguay is considered the most liberal-progressive country on the South American continent, and yesterday they lived up to their progressive reputation.

On Monday Uruguay's Senate approved a gender change law that sets the legal guidelines for men and women who want to change from one gender to the other. It was already approved last month by the Chamber of Deputies,

An early draft of the legislation allowed people to choose a different gender starting at age 12. The text of the passed law reads, "Every person has the right to freely develop their personality in accordance with the proper identity of their gender, independent of their biological, genetic, anatomic... identity."

The measure authorizes gender reassignment surgeries starting at age 18 and allows people to change their name and gender codes on identification documents.

Diego Sempol of the pressure group Ovejas Negras (Black Sheep), told BBC Mundo its approval was a "big step forward for transsexuals" and said it would ease their integration into the education and health systems, as well as the labor market .

The new gender change law comes only a month after Uruguay became the first Latin American country to allow gay couples the chance to adopt. Same-sex civil unions were legalized in 2008.

Earlier this year, the Uruguayan Congress also cleared the way for gay candidates to enter military schools by lifting the ban imposed under the 1973-85 military dictatorship.

However, the Catholic Church is hatin' as always, and made it clear that they would support candidates in the upcoming October 25 elections in Uruguay that promoted laws with 'Christian values.'

I submit the current center-left government reflects Christian values moreso than the old military dictatorship or center-right governments did.

We'll get the people of Uruguay's verdict on how they feel about their government on October 25.
Posted by Monica Roberts at 8:42 PM