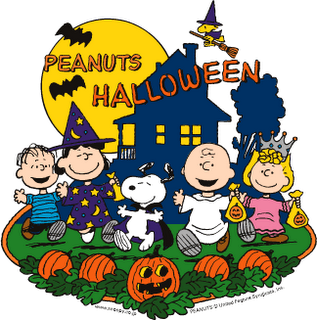 The peeps on Hillcrest Ave here in Da Ville are once again living up to an over twenty year tradition and going all out to outdo their neighbors and spooktacularly decorate their houses for Halloween.

They are expecting more than the 20,000 kids they had last year traipsing up and down the street between Frankfort Ave. and Brownsboro Rd.

Since it falls on a Saturday this year, the goblins and ghouls get an extra hour of sleep since Daylight Savings Time ends this weekend.

It's also considered by some people the Transgender National Holiday, but I'm definitely not feeling the festive spirit of it at the moment. 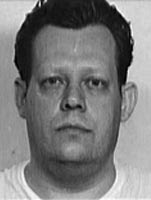 Probably some of what I'm feeling is related to my childhood in H-town, the cloudy weather we're having today in Da Ville and thinking about the 1974 Ronald Clark O'Bryan case.

Because his business was failing, O'Bryan took out large insurance policies on his children one month before the date. On Halloween night he gave his kids and in order to cover his tracks, five other neighborhood kids cyanide laced Giant Pixy Sticks.

It's a powered candy that comes in a straw. You can also get (and still can) an almost two foot long one for you to eat to your heart's content. 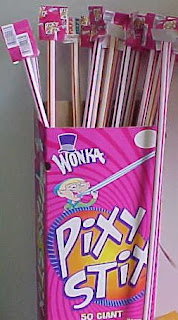 Unfortunately his 8 year old son Timothy tore into his and later died a painful death. His daughter and the other kids he handed the poisoned treats to fortunately didn't eat them. One of those jacked up Pixy Sticks became the evidence they used to convict him of murder and later execute O'Bryan on May 31, 1984.

He was actually sentenced to die on Halloween 1983, but since state law required at the time you give the condemned 180 days to appeal the decision, the execution date was pushed back.

Pixy Sticks were one of my fave candy treats at the time, but after that night I stopped eating them for almost two years. Even when I spot the giant ones on display I get a twinge of sadness when I see them.

It also put a permanent crimp in Halloween for me and every kid in Houston after that. No more could I freely range in two or three neighborhoods and get enough candy to last until Thanksgiving Day. After that I was limited to my neighborhood and the neighbors we knew for years. We also ended up with more church and other youth group sponsored events like costume contests.

Over time Halloween just became an adult costume dress up day. It was also the one day on the calendar next to Mardi Gras in New Orleans in which we transpeeps knew we could dress up and not be called derogatory names.

But I'll just have to shake it off, put a smile on my face for the kids and yell "Happy Halloween" as I pass out the candy to the kids who show up on our doorstep Saturday night.

If I'm lucky, maybe I'll shake off the blahs I'm feeling long enough to get into costume myself and find a party in the gayborhood.
Posted by Monica Roberts at 2:15 PM