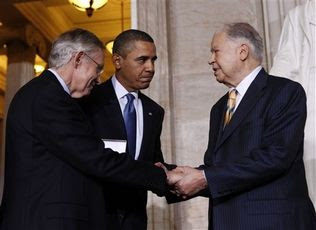 Former Senator Edward Brooke (R-MA), the first African American senator elected by popular vote in 1966 was honored with the Congressional Gold Medal yesterday in a ceremony in the Capitol Rotunda.

The honor is Congress' highest form of appreciation for distinguished achievements and contributions to society. The legislation to honor Brooke was sponsored by the late Sen. Edward M. Kennedy (D-MA) the Massachusetts Congressional delegation, and U.S. Rep. Eleanor Holmes Norton, (D-DC) and passed in March 2007. President Barack Obama presented the medal to Brooke. 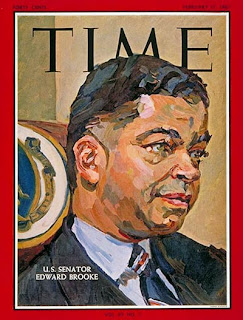 He grew up in a segregated Washington DC before heading north to Massachusetts after graduating from Howard University.

“Today Massachusetts Sen. Edward Brooke was awarded the Congressional Gold Medal, a great tradition of our Congress that is awarded sparingly in recognition of tremendous accomplishments,” Jennifer Nassour, Massachusetts Republican Party Chairman, said in a press release. “Sen. Brooke served Massachusetts as a Republican in the United States Senate from 1967 to 1979, and his story is one that shows how much one person can make a difference in America.”

Sen. John Kerry (D-MA) said, “I proudly sit in the Senate seat once occupied by Ed Brooke. And in 2005, I had the privilege of writing the Senate resolution awarding the Congressional Gold Medal to Jackie Robinson, himself a trailblazer who once said that “a life is not important except in the impact it has on other lives.”

Delegate Eleanor Holmes Norton (D-DC) campaigned for Brooke's honor on the House side, lauding the former senator for his work on behalf of full voting rights for District of Columbia residents.

The ceremony "will help drive home the disempowerment of DC residents as Congress gives its highest honor to our native son, who left his hometown, unable to vote for president, mayor, House representative, or senator, and became our nation;s first popularly-elected African-American senator,'' Holmes Norton said in a statement.

President Obama noted in his remarks that he and many others followed the trail that Edward Brooke blazed. 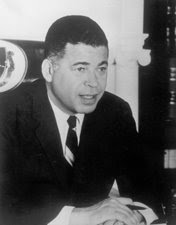 "He didn't care whether a bill was popular or politically expedient, Democratic or Republican -- he cared about whether it helped people, whether it made a difference in their daily lives. That's why he fought so hard for Medicare, for mass transit and the minimum wage, for civil rights and women's rights. It's why he became a lifelong advocate for affordable housing, establishing protections that are the standard to this day."

"So it's a record that defies the labels and categories for which he had little use and even less patience. When pressed to define himself, he'd offer phrases like 'creative moderate,' or 'a liberal with a conservative bent.' But in truth, Ed Brooke's career was animated not by a faith in any particular party or ideology, but rather, by a faith in the people he served."

Too bad more of his former colleagues on both sides of the aisle don't keep that in mind when they are on Capitol Hill, a fact noted in Sen. Brooke's remarks

He chided his former colleagues about working together across the partisan divide. He said there are issues more important than partisan politics: the hungry, the homeless, and diplomacy, among them.

Continuing his advocacy for the District of Columbia, he said he'd trade his medal if it meant voting rights to district residents, who are now represented by a non-voting delegate.

Congratulations to a trailblazing hero who Black Republicans should be emulating and imitating, not the 'white' wing conservafools.
Posted by Monica Roberts at 7:47 AM