The Canadians Have A Point-Hate Speech Should Be Regulated 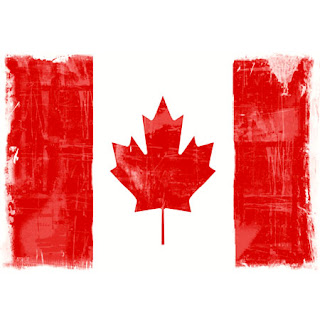 You know, I'm beginning to agree with the Canadians on the point they make about regulating hate speech, especially in light of the unprecedented racist abuse that President Obama is taking.

Many of us progressive Americans are fearing that some fool will go to the next level and attempt to do with a bullet what they couldn't do at the ballot box.

The Canadians use the standard under their Charter of a 'reasonable person'. Any speech that would be considered racist and offensive by that person is subject to regulation.

Yes, as a blogger and civil rights advocate I'm a staunch defender of the First Amendment. I have a copy of the US Constitution right next to my computer that I read on a regular basis. I'm quite aware it guarantees your right to free speech and dissent. But at the same time it guarantees my right as a person with contrary views to yours to have my say as well. 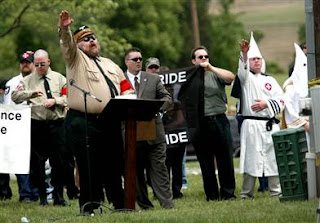 But with free speech comes consequences. I not only have an equal right to challenge you on it, but sue the crap out of you if your hate speech results in physical harm to my person.

When it comes to hate speech, while you have the right to say it, it doesn't add anything positive to the political discourse of the nation. All it does is fuel animosity and hatred. As a person of African descent I know all too well that unchecked hate speech far too often leads to escalating violence which can ultimately lead to death or genocide. 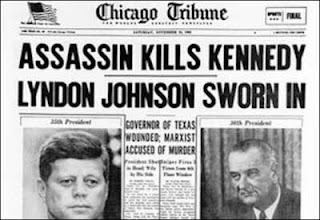 Too many times in this country's history we have seen hate speech used by vanilla flavored people to incite discourse and fan the flames of dissent in order to exploit the fears of people for their narrow political and economic interests.

Over the last fifty years, particularly during Democratic administrations we have seen a ratcheting up of hate speech by the conservative opposition to demonize politicians and people they don't agree with.

That has unfortunately led to the assassinations of President John F. Kennedy, Malcolm X, the Rev. Dr. Martin Luther King, Jr. and the murders of many others working for progressive causes or social change.

We have seen this play out ever since President Obama was elected on November 4. The 'white' wing has been uttering increasingly nastier, false and devoid of logic rhetoric by the day. When you call them on it, you're accused of being 'politically correct' or 'stifling their constitutional First Amendment rights.' 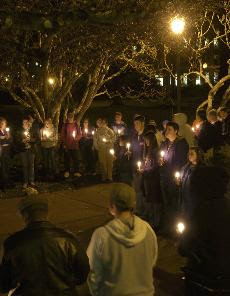 And as a transperson, I see with grim regularity the hate of the 'christian' right, the Roman Catholic Church, radio shock jocks and transphobic bigots manifest itself into murdered transpeople that we end up memorializing every November 20.

Don't even get me started about the 'Kill him' cries that rang out during McCain-Palin rallies last year. Many of us are fearful that the unprecedented unhinged rhetoric being disgustingly spat by 'white' wing conservafools and pimped for ratings by Fox News at President Obama will lead to another tragedy.

So based on this backdrop of history, is it any wonder why I would be in favor of hate speech being closely monitored?
Posted by Monica Roberts at 1:00 PM