Catholic Priest In Italy Given Involuntary Vacation After Marrying Transperson 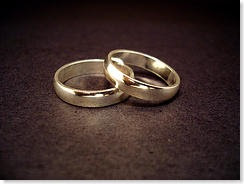 For those people who continue to waste their time trying to argue with me that the Catholic Church doesn't have open hostility for transpeople, here's more evidence they have lost their damned minds.

According to an Agency France Press story, an Italian priest who blessed the marriage of a 64-year-old transsexual to her 58-year-old male partner was suspended, the Archbishop of Florence said in a statement on Monday.

Father Alessandro Santoro, a priest based in Piagge, an industrial suburb of Florence, married postoperative transwoman Sandra Alvino and Fortunato Talotta in a religious ceremony on Sunday.

Florence archbishop Giuseppe Betori said he had invited Santoro to take time off for "reflection and prayer" after he ignored protests from the Catholic Church not to go ahead with the union.

Betori described the couple's wedding as "devoid of value because of the absence of the necessary components of a religious marriage".

"The act is particularly serious because it is misleading for the two people concerned," he added. 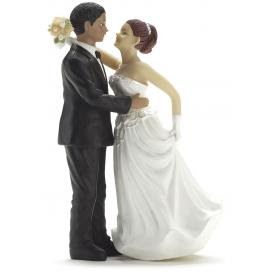 Betori claimed the ceremony had sparked "confusion" amongst Christians and the general public.

"They could think the essential conditions for a religious marriage have changed," he said.

The only 'confusion' here is how and why you clowns continue to call yourselves 'christians'.

Santoro defended his decision, stating it was "not an act of rebellion," but rather "an act of loyalty to my congregation, to the church and to the people that I love... It was my duty".

Cardinal Renato Martino, a senior Vatican official, had strongly criticized the decision to wed the couple.

"I do not understand how something like that can be done. It's against nature and it does not bring anything to the church," which does not recognize same-sex partnerships.

"Biology, that God made man and woman, cannot be changed by trickery," he said. 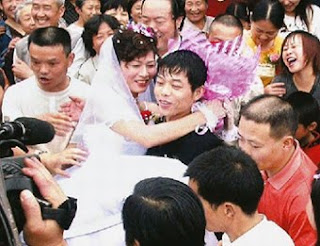 No, Cardinal Martino, you and your Vatican adviser Paul McHugh are the clueless idiots who refuse to deal with the reality that transpeople are part of the the God given diversity of human life.

Ms. Alvaro had SRS 20 years ago. It is an opposite gender marriage and it's time for y'all to wake up and smell the cappuccino on that.

But then again, why am I expecting rapid change from an institution that still won't admit it made an error when it persecuted Galileo and Copernicus for daring to suggest several centuries ago the Earth revolves around the Sun?
Posted by Monica Roberts at 12:01 AM