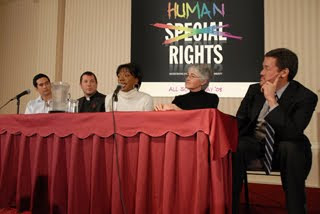 Thanks to the archived pages of JET magazine, we'll get to take another trip on the way back machine and check out a little trans history with soul.

This time we're going to travel back to November 1995 and the North Carolina campus of Fayetteville State University. We're going to tell the story of transwoman Sharon Franklin Brown's brush with job discrimination.

Sharon grew up in a southern African-American community, feeling the usual angst about her gender issues and sensing her family's shame about them. After telling her parents she was going to make the physical changes to complete her transition, they disowned her for 18 years.

Fast forward to the Fayetteville State campus. The then 29 year old Sharon had been transitioning for seven years at the time was on hormones and working toward getting SRS.

She was attempting to switch from a part time position as a resident adviser in a women's dorm on this HBCU campus to a full time position.

Her supervisor, the late Iris Hunt-Smith said at the time in a Jet interview she was the best residence director she'd ever had.

But when Sharon's old male name popped up while checking her Social Security number, the administrators learned that she was a transwoman.

So what did they do? Bounced her out the door, citing misrepresentation on her application. 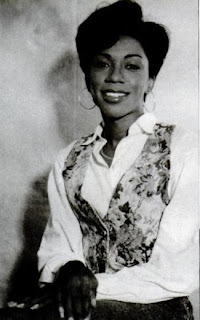 Sharon begs to differ. She said at time, "If I wasn't performing up to par I could understand. But the only decision was made according to gender. My being let go had nothing to do with performance. I would still be there today had they not found out."

That was cosigned by her boss Hunt-Smith, the then director of student housing. "She was an excellent residence director. She was doing a good job so I was very sad to see her go."

That experience galvanized her to become an activist and speak to GLBT organizations and groups at various North Carolina universities about her situation such as Duke and the University of North Carolina.

She's still an activist on GLBT employment issues, but now lives in Los Angeles and works for the LA Gay and Lesbian Center there.

You can check out this footage of Sharon speaking at a USC School of Social Work's All School Day on February 7, 2008.

Sharon Franklin Brown continues to remind us why ENDA is vitally important and needs to pressed far more aggressively to final passage than the community is currently doing.

I'm also happy to see that Sharon is still fighting for and representing the African descended trans community as well.
Posted by Monica Roberts at 11:00 AM

That conference makes me personally proud to have been a social worker - it was excellent over all , i noticed at the end , and i am sure you did too, that a question directed at the Afro American Community was answered by a Latino - passed Sharon right by ! She delivered so many insights during the course of the conference.
Thx Monica - i would have totally missed knowing how awesome an advocate Sharon Franklin Brown is, and that whole conference.