You Mad Because I Didn't Meet With You, Nick Hellyar? Stay Mad

The municipal political season is starting to heat up here in H-town with our November 5 election day rapidly approaching.

That also means that because many people in the Houston area respect my time in the movement and my political opinions as a social media influencer, candidates who are running for office believe that it is important to contact me and seek my endorsement.

My political star has also been rising in the wake of the HCDP's JRR luncheon and the well received acceptance speech for the Barbara Jordan Breaking Barriers Award back in May.

The candidates that I endorse for local office will be announced in a TransGriot post I'll write before early voting in our municipal election starts on October 21.

We had a contentious GLBT Caucus endorsement meeting this past weekend in which I discovered during the debate for the Caucus' At Large 4 endorsement that candidate Nick Hellyar was talking shyt about me behind my back.

In his words, Ana Andrea Molina, myself and Ashton Woods are in his words 'poor leaders' because we didn't take time out of  our busy schedules to meet with his vanillacentric privileged azz to discuss an endorsement.

And I have receipts in terms of how busy I have been.   This is just a snippet of some of the things I have done since April.  What was more important than spending my time with Nick Hellyar to discuss an endorsement?

*Attending a rally for Muhlaysia Booker in Dallas

*A Lambda Voices radio interview on KNON-FM in Dallas

*The HB 1513 hearing in Austin at 9 PM on April 29
*Supporting Frankie Gonzales Wolfe's potentially historic council run in San Antonio on my May 4 birthday.

*Lobbying the Texas Lege a total of six times this session

*Participating in the March For Black Trans Lives in Dallas

*Being honored by Sara Ramirez on the Barclays Center stage with Ana Andrea Molina and Ashton P. Woods at NYC WorldPride opening ceremony


*BTAC board meeting and Leadership Institute in Dallas

*Writing my columns for OutSmart and my TransGriot blog posts

The At large 4 seats started drawing candidates from other crowded races because At Large 4 incumbent CM Amanda Edwards decided to run for the US Senate.,
The Caucus decided not to endorse anyone in the At large 4 race   Dr. Leticia Plummer also screened for it after switching from At Large 5, and I wish she could have gotten that endorsement.

Christel Bastida, the candidate originally in the At Large 4 race (and a problematic one at that) didn't even bother to screen for it.   Hellyar only switched to At Large 4 after it became clear he wasn't getting any traction in this district.   It has two strong front runners in Shelley Kennedy and Abbie Kaman who are likely to be in a runoff.
Speaking of problematic candidates, the more I looked into Hellyar and talked to people about him, the more problematic stuff came out, including his controversial turn as GLBT caucus president.  Questions about whether he actually lived in District C, which was the position he was running for before filing for At Large 4 came up, in addition to his condescending answers at a Pride Forum focused on council candidates It also came to my attention that trans folks are not part of his vision for HERO 2.0 either. 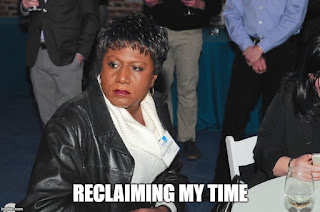 So be mad and stay mad that I haven't met with you.   And news flash, when I endorse in At Large 4, chances are very high you won't be getting the TransGriot thumbs up.