Unfortunately we are in a moment in which the trans murders have been happening at a fast and furious pace in the last few weeks.    The latest one happened in my Houston backyard back on July 30.

There was a July 30 news report of a woman found dead in a gas station parking lot along the eastbound feeder road in the 11000 block of the Katy Freeway (I-10 to the rest of y'all)  at 3:34 AM CDT

Two local stations, ABC13 and FOX 26 reported her as a woman who did not die of natural causes, and HPD detectives were investigating the case.  It took a week to pass here in H-town before we were advised by our HPD LGBT liaisons that the woman who was found along I-10 back on July 30 was actually trans and was murdered.

Dee Dee Watters subsequently organized an August 11 town hall meeting that led to us finally IDing  Tracy so we can now officially #SayHerName.

The 22 year old Single is now the 16th person we have lost to anti-trans violence in the US in 2019, the third in the state of Texas this year, and the 12th person under age 30 that has joined the ancestors far too soon.

If you peeps in the Houston area have any information that will lead the arrest and conviction of her killer, you are urged to call the HPD Homicide Division at 713-308-3600  or call Crime Stoppers at 713-222-TIPS (8477). 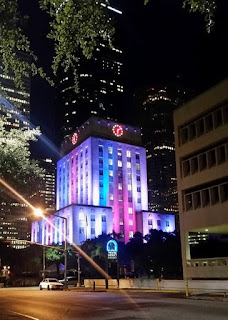 Tracy is being remembered here in Houston by having City Hall lit up in the trans pride flag colors today and tomorrow. 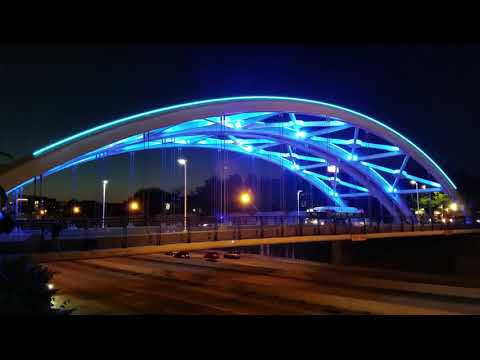 There's also a stretch of six arched bridges along the below grade portion of I-69 here in Houston that cuts through the southern edge of the Montrose gayborhood that can be lit up in various colors.

Like City Hall, those bridges will be lit up thanks to Houston Mayor's LGBT Advisory Board Chair Harrison Homer-Guy in trans pride flag colors to honor our fallen sister.

As soon as I get confirmation of the funeral arrangements and memorial service, I'll pass that information along when I receive it

Rest in power and peace Tracy.   You were taken away from us way too soon, and we will not rest in the 713 until the person who killed you is locked up for a long stretch in a TDC unit.
Posted by Monica Roberts at 7:30 PM

Dear God. This has to end. Rest in peace, Tracy Single.