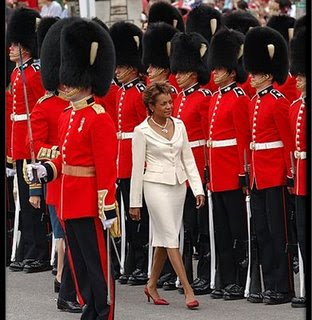 Happy Canada Day to all my north of the border readers.

It celebrates the July 1, 1867 day the Dominion of Canada was created by the British Parliament passage of the British North America Act. Sir John A. Macdonald became the first Prime Minister of the Dominion that included at the time Ontario, Quebec, Nova Scotia and New Brunswick.

By 1873 Manitoba, British Columbia and Prince Edward Island joined the Dominion, followed in 1904 and 1905 by Alberta and Saskatchewan, and Newfoundland in 1949.

Canada is the second largest country in terms of land mass, the United States' largest trading partner, and shares an interesting history with our northern neighbor in addition to a 5,525 mile border, the longest in the world between two nations. 1,538 miles of the border that Sarah Palin crosses to get quality health care is between Canada and Alaska. 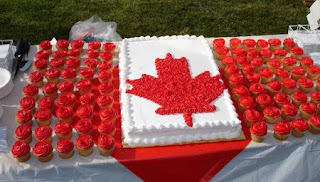 The Maple Leaf flag is its internationally known symbol today, but was only adopted as the official flag by the Canadian Parliament on February 15, 1965.

And as my Canadian homegirl will remind me, basketball was invented by a Canadian, but we Americans perfected it.

Anyway, Renee and all my TransGriot Canadian readers, Happy Canada Day!
Posted by Monica Roberts at 12:00 AM